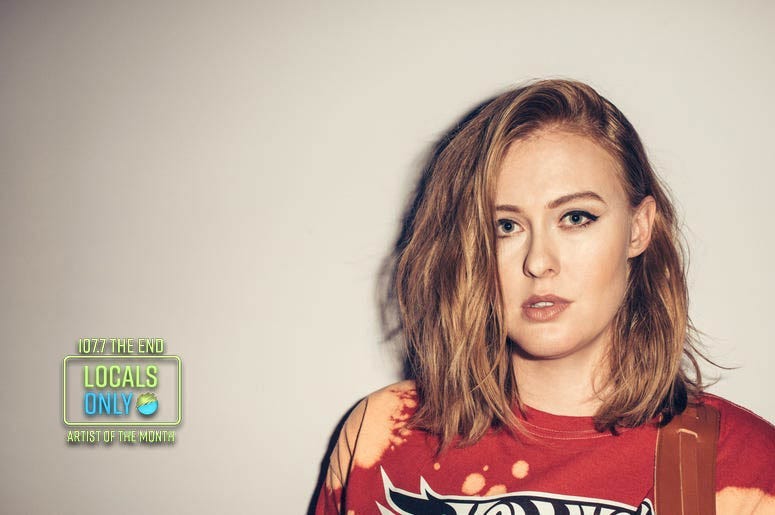 A noted solo artist as well as an accomplished writer for various musicians, her style is genre agnostic, and her stage presence is effortlessly versatile. She can capture a room with just her voice and guitar or with a full band, and she holds her own standing in as a guest with legends of the industry.

Her talent has taken her around the globe to historic venues and buzzing clubs, having performed at the Musee D’ Orsay in Paris, Paris Fashion Week, Royal Festival Hall in London, New York City's Harvard Club and Zinc Club, The Basement in Nashville, and The Moroccan Lounge and The Saban in Los Angeles. She’s played numerous other shows and festivals in major North American and European cities.

Federer has worked with a vast range of musicians, from major pop artists P!nk and Hilary Duff, to electroclash producers Plastik Funk and Gazzo. She’s written R&B tracks for Kelly Rowland, traditional folk-rock tunes for Jacob Whitesides, and crafted alongside titans of the jazz world like the legendary Burt Bacharach. Her penchant for word play and her emotional, memorable, and passionate toplines have put her in the songwriting room with the likes of GRAMMY Award Winner Emory Dobyn, Mike Pool, Daniel Tashian and GRAMMY Nominees Scott Chesak, Billy Mann, Chad Carlson, and Roget Chahayed.

Coming off recent successes with collaborators Plastik Funk, Telykast, and SAMATHA, Federer has been preparing new solo material as a follow up to her 2017 debut album When The Dogwoods Bloom. Throughout 2019, she released a number of singles including “The Song’s Gone Wrong,” “Someday,” “Midwest,” and “How’s Heaven Today?” for a series dubbed the #SinglesClub.

Her sophomore full length album finds her evolving once again drawing sonic comparisons to artists like Jenny Lewis, Blonde Redhead, Sharon Van Etten and Neko Case. Her lead off single, "This Town" has garnered praise from press and radio play throughout the US. The yet-to-be-titled work is slated for a 2020 release.