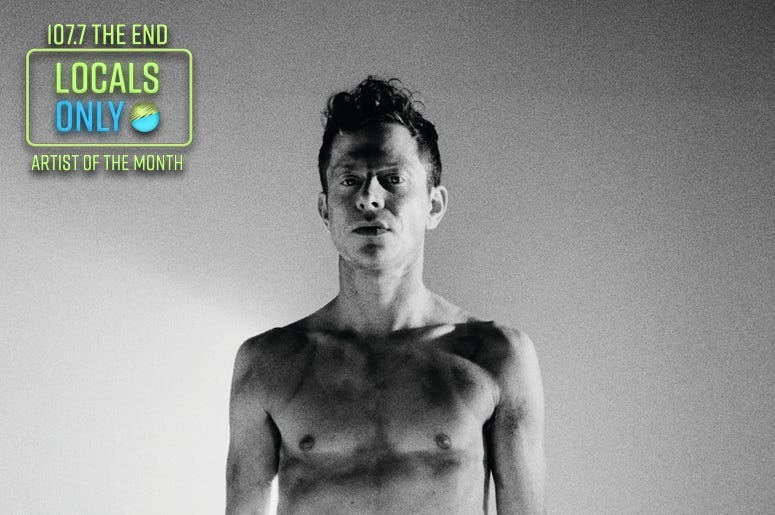 April 1, 2020 04/01/2020 5:02 am
We got some great news back in February (which feels like a lifetime ago) when it was announced that there was a new Perfume Genius album on the way. The new album Set My Heart On Fire Immediately (amazing name for an album) will be the fifth Perfum Genius album from local artist Mike Headreas.

Along with making some of the most interesting and beautiful music out there today, the visuals that accompany that music are always wild. For example here is the video for the first single "Describe", from Set My Heart On Fire Immediately:

Set My Heart On Fire Immediately is the fifth studio album from Perfume Genius that will be released May 15th on Matador Records. It sees artist and musician Mike Hadreas re-teaming with GRAMMY-nominated producer Blake Mills and features contributions from musicians Jim Keltner, Pino Palladino and Matt Chamberlin. It was recorded in Los Angeles, where Perfume Genius settled in 2017 with longtime partner and musical collaborator Alan Wyffels.
The album explores and subverts concepts of masculinity and traditional roles, and introduces decidedly American musical influences. Throughout Hadreas plays with themes of love, sex, memory and the body, channeling popular music mythologies while irreverently authoring its own – from the delirious, Cyndi Lauper-nodding celebratory pop of ‘On The Floor’, specters of Elvis on haunted tremolo waltz ‘One More Try’, to the harpsichord- punctuated baroque pop of ‘Jason’, and gliding steel guitar and Balearic rhythm of ‘Without You’.
“I wanted to feel more open, more free and spiritually wild,” says Hadreas, “and I’m in a place now where those feelings are very close-- but it can border on being unhinged. I wrote these songs as a way to be more patient, more considered -- to pull at all these chaotic threads hovering around me and weave them in to something warm, thoughtful and comforting.”
First album taster ‘Describe’ captures this sense of fleetingness and living in the moment through a heavy fog of grizzly distortion and tumbling slide guitars: “It started as a really somber ballad. It was very minimal and very slow. And then it turned into this beast of a song. I started writing that about when you are in such a dark place that you don’t even remember what goodness is or what anything feels like. And so, the idea was having someone describe that to you, because you forgot or can’t get to it.” Its accompanying video, self-directed by Hadreas, envisions “an end of the world where there are no boundaries, there are no edges, no rules, or the rules are completely new with how you interact with each other and the space around you.”
TRACKLIST01. WHOLE LIFE02. DESCRIBE03. WITHOUT YOU04. JASON05. LEAVE06. ON THE FLOOR07. YOUR BODY CHANGES EVERYTHING08. MOONBEND09. JUST A TOUCH10. NOTHING AT ALL11. ONE MORE TRY12. SOME DREAM13. BORROWED LIGHT

music
Watch Ludacris stay fly and get his pilot license
sports
Free agent WR Allen Robinson likes tweets linking him to Jets
news
Alamo Drafthouse appears to be the latest casualty of COVID-19 pandemic
music
Flo Milli makes sure you never look at Dora The Explorer the same with new 'Back Pack’ video
sports
One NFL coach says next week’s roster cuts will be a ‘massacre’ around the league
i'm listening
Demi Lovato is 'full of peace,' celebrating her body and rebuking diet culture