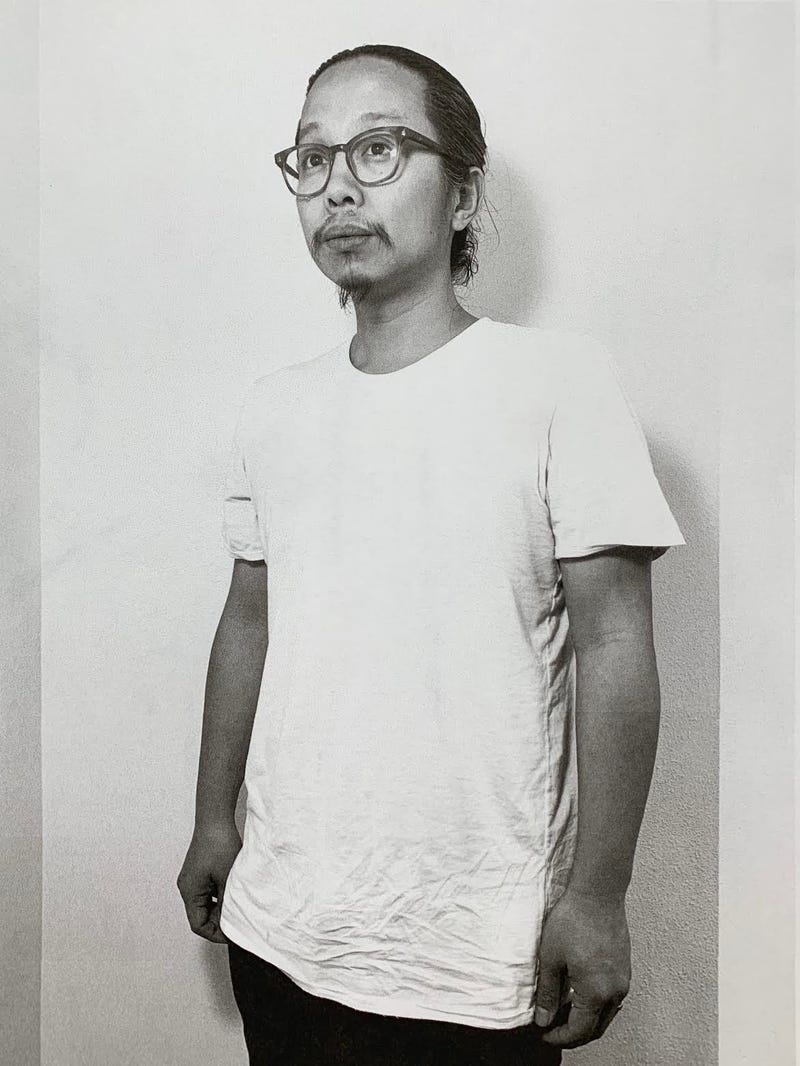 March 2, 2020 03/02/2020 3:24 am
If you listen to Locals Only then you know we are big fans of local artist Tomo Nakayama over here. In the past we've had the pleasure of premiering one of Tomo's music videos and you might remember that time he covered the Chili's Baby Back Ribs song and we all pretty much died from how amazing it was. So obviously we were pretty excited when we heard the news that Tomo was about to release his new album, Melonday.
That excitement skyrocketed to new heights when Tomo announced that Melonday was a synthpop dance album. This is a change of pace for sure and it sounds so good. You'll get to hear the new Tomo Nakayama single "Get To Know You" exclusively on 107.7 The End before it's released anywhere else because Tomo is our Locals Only Artist of the Month of March.
You can catch Tomo Nakayama when he stops by Locals Only on Sunday, March 8th for an interview about the new album, and you can hear all of Melonday when it is released on April 7th! You'll have a chance to celebrate with Tomo at The Sunset on April 30th for the Melonday release party. I know I'll be there.

Learn more about Tomo Nakayama below:

From fronting beloved indie band Grand Hallway, to playing guitar for legendary Sunny Day Real Estate singer Jeremy Enigk, Tomo Nakayama has spent the entirety of this young millennium building hisname on sensitive, intricate, mostly acoustic music in the folk/chamber-pop/singer-songwriter realm. But after two critically acclaimed solo albums, he’d hit a particularly long and frustrating creative dry spell. The tried and true process he had honed over the years was no longer working. He needed to clear his palette. The result is Melonday. With the help of longtime collaborator Yuuki Matthews (producer/bassist in The Shins and one half of Teardrops with the late great Richard Swift), Nakayama set out to create the kind of propulsive synthpop he’d always loved and secretly dreamed of making. The effortlessly enjoyable recording process of the album’s first single, “Get to Know You”, became an invitation to his creative subconscious to leave behind its perceived limitations and simply come out and play. “Tell me stories, tell me rhymes, tell me anything you like,” he sang, “Tell me all about the good things that could make you feel alive.” Mastered by Dave Cooley (M83, Paramore, Tame Impala), Melonday shimmers and practically leaps out of the speakers from the first note, an album that fits on a playlist right alongside Robyn, Chromatics, and Washed Out. But what keeps it firmly and comfortably in Nakayama’s wheelhouse is how he delivers this kind of digital pop record. Melonday is a melodic exploration of the full range of Nakayama’s reality – the changing city, evolving relationships, and the frightening landscape of the world outside. His vocals are characteristically human and warm, stretching through the album over sweet, personal anthems like “Get To Know You” and “Free to Go”, to darker gems like “Glass Heart” and album closer “There Goes The Neighborhood”, a thrumming meditation on loving the city that’s supported his life even as it changes. It’s just that this time, you can dance to it. You can sing to it. You can sing to it while dancing to it. And sometimes, because it’s still Nakayama, the computer bleeps and bloops carve out a deep ache and you can start crying a little bit. While still singing and dancing, of course.Melonday will be released on April 7th, 2020 by Porchlight Records. The Album Release Party will be on April 30th at the Sunset Tavern with Night Tapes and special guests.

music
Looking back on the surfing days of Bruce Springsteen
music
Everything we know about Eric Church's triple album
sports
Deion Sanders didn't show up to draft meetings with Lions because he didn't want to go to Detroit
sports
Patrick Mahomes on idea he is chasing Tom Brady: 'It's going to be hard to do'
sports
Weekend betting recap: Dustin Poirier KO of Conor McGregor massive win for sportsbooks
news
Dr. Fauci says doubling up on masks 'makes common sense' and is 'more effective'