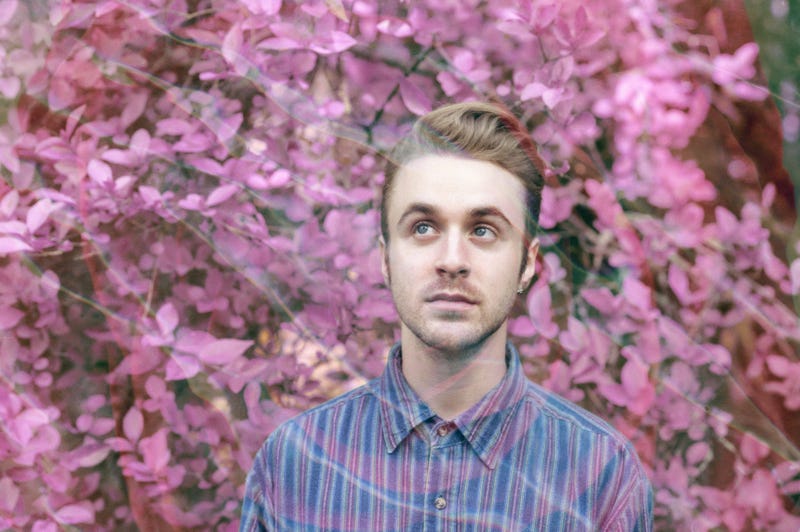 Photo credit Photo by George Baker
By Steven 107.7 The End

July 23, 2019 07/23/2019 3:32 pm
It was just more than a year ago that Seattle band Hibou released their sophomore full length albumSomething Familiar. Now, the band is already back with their third LP, Halve, which will be available this Friday, July 26th via Barsuk Records.

Over the last couple of releases Hibou has done a great job pairing their brand of indie dream-pop nostalgia with equally stunning, thought provoking, and stylized visuals in their music videos.

Today we dive deeper into those visuals in the premier of the excellently sobering new Hibou music video for “An Hour Of Vision”.

“In ‘An Hour Of Vision’, I sing about the seemingly endless stretches of time that pass while I am completely detached from reality” said Peter Michel of Hibou. “This separation from the earth has embedded itself into my routine, & the anxiety that follows has become a machine that uses memory and temperament for fuel.”

While Michel’s feeling of a “separation from earth” may be the driving force beind the song, the imagery and message in the video come from a place that is all too real.

“The video for ‘An Hour Of Vision’ was inspired by the societal and environmental pressures people experience to look, act, or be a certain way. Most often these expectations are unrealistic” said Video Director Ryan Zemke. “While making the film, the ambition was to not only shed light on a struggle that is often taboo, but also make the audience consider how they treat and understand their peers and strangers on a regular basis.”

Hibou will be on tour for the next month in support of their new album Halve, starting with a show this Wednesday (7/24) at Chop Suey here in Seattle. All current tour dates listed below: