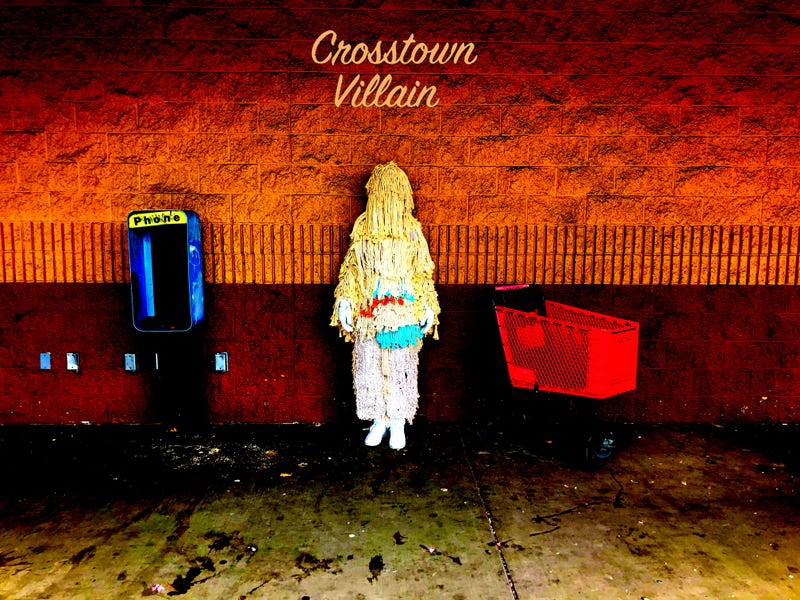 I really hope you’re ready to get weird because Warren Dunes just came through with a new music video to premier and it’s wild for sure. The video for “Crosstown Villain” will have you rooting for the outcast and it’s our privilege and pleasure to share this new work from a Locals Only favorite with you.

This is a great example of hearing something and loving it, but then adding a visual that shines a light on how meaningful and beautiful that something really is. You can’t put a price on how important that deeper understanding really is. Julia Massey of Warren Dunes was kind enough to share some words on the inspiration behind the new music video and working with filmmaker Joel Mars who we love from local bands Kilcid Band and Abraham:

“When our filmmaker/musician/Renaissance pal Joel Mars first picked Crosstown Villain as his muse for the video, he had been in the middle of learning more about textiles with his partner and fellow artist Ashley Campbell whose macrame creations have caused quite a stir. When he heard the lyrics, he envisioned an outcast whose position in society was placed on the fringes, so to speak, because of their strange appearance. The "monster" task, if you will, of sewing the character's costume and the eventual day of the shoot (filmed alongside fellow filmmaker Nicholas Bond) ensued. As for the setting of the video, Joel has long adored the aesthetic appeal of businesses and structures along Aurora Avenue.”

The time has come to follow this stranger as they make their way through life on the run while longing to befriend a crow, seemingly finding their swagger in a grocery store, and eventually finding love and acceptance. Enjoy the video premier for Crosstown Villain:

“The song was originally intended to represent a dishonorable leader whose newfound power would never be acceptable to the people. What I love about Joel's concept is that it complements ours too. Indeed, it is oftentimes the folks who have to bravely live as the outcasts of culture who expose its corruption. The lyrics "You might think it's okay/to pick and choose what you turn away from/But I know better than to/Keep on bailing out/A crosstown villain" really sum up the vibe of the whole production” said Julia Massey of the song that you can find on the Warren Dunes release Welcome To Warren Dunes from earlier this year.

You can see Warren Dunes live when they perform at Chop Suey on November 2nd.