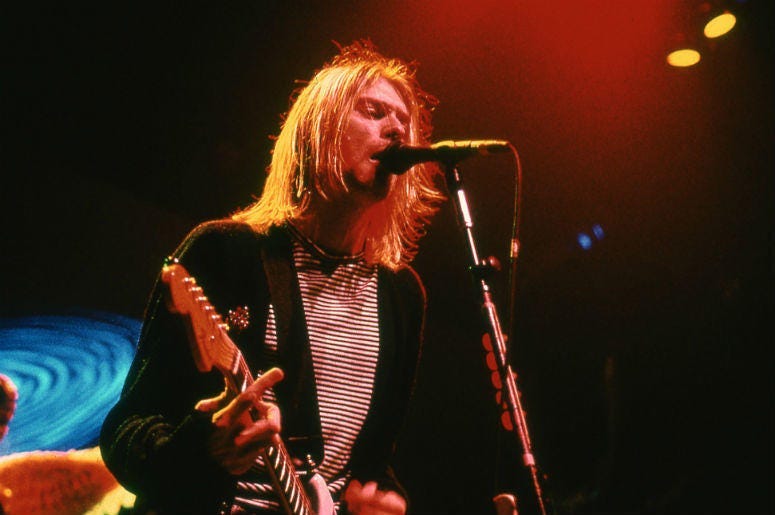 What happens when you have your AI code rumage through all Nirvana lyrics on the Genius Lyrics Database and spit out a new set of lyrics?   A song called "Smother".

So it's not really a new Nirvana song, but definitely inspired by all Nirvana songs of the past.  And honestly, it's not half bad.

The guy plays all the instruments except the drums (he used his trusty computer sidekick again for that) and did a pretty authentic job creating a Nirvana sounding track.

This isn't the first time YouTuber Funk Turkey has composed a new song based on an artists lyrics.   He did the same thing with AC/DC and came up with the believeble song Great Balls.

Oh, and he's also the guy behind Dad Guy!