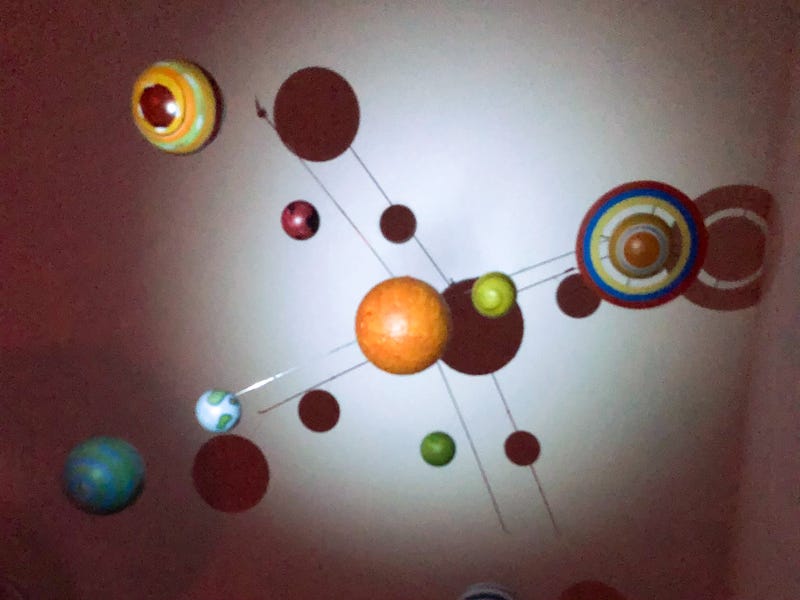 I don't have a photo of the planets but I do have a toddler obsessed with space!

What do you need to do to see Jupiter and Saturn almost appear to touch in the night skies over Seattle+?

Get ready for a "river of rain" this weekend as multiple wet weather systems head toward the Seattle area. https://t.co/ream6lg8Rt

To be fair, these planets will be closely aligned in the sky and visible to the naked eye for the next month, too, just not as super close.

But let's say by some miracle right around sundown the skies cleared and you wanted to see a phenomenon that hadn't occurred in 800 years, here's what you'd do.

Basically, right around sundown, look to the southwest-ish and just over the horizon you'll spy a bright "star" in the sky with a much dimmer partner just beyond it. That is the cosmic pairing of our two gas giants Jupiter and Saturn coming so close together on the winter solstice that they may even appear to be touching. If they do, it's also time to get your eyes checked.

I'm sorry to be so casual about it, but I always fire up my favorite space gazing app, SkyView. It's a searchable database of space that will overlay info about what you're looking at - or help you spot something - right on your screen using great looking augmented reality.