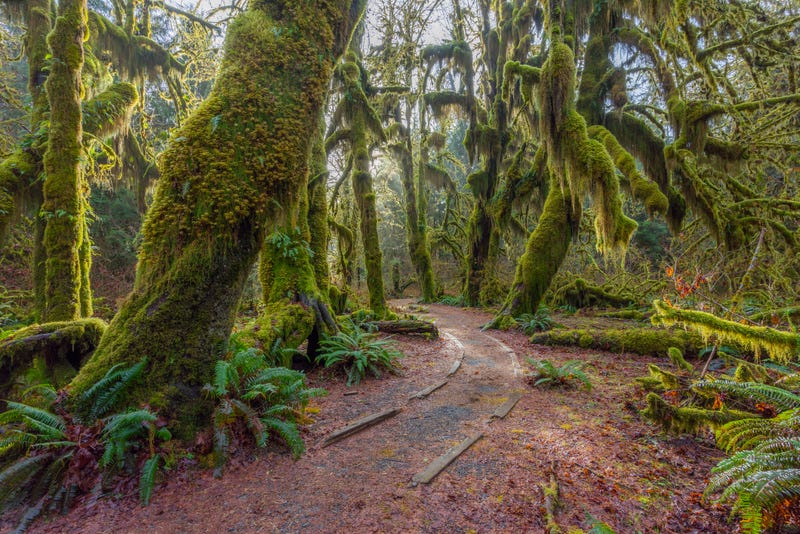 Meteorologist Scott Sistek over at KOMO did some digging into our weather (duh) and found that along Washington's coastal peaks, the rainforest of Olympic National Park got more than 250 inches of rain in the last year - that's ~21 feet or enough to drown a giraffe! And it's enough to be the wettest spot in the lower 48 United States.

Hold on - can giraffe's swim? We called them "earth dragons" for forever because they look like flightless magical beasts all gangly and not quite right, but if you put them to sea with flippers instead of legs - that's gotta be some sort of sweet lookin' dinosaur, right?

Anyway... back to the rain. The thing about the Olympic peninsula is that it acts like a shield for the Seattle keeping even more rain from pouring down on us. Sure, plenty still gets trapped between mountain ranges, but without it, you'd be as wet as Tacoma on a wintery Wednesday. Believe me, I live in the "convergence zone" or whatever up north by Everett, and we're always getting dumped on when Seattle is out Instagramming.

You can read more about the fine work that Scott did here.