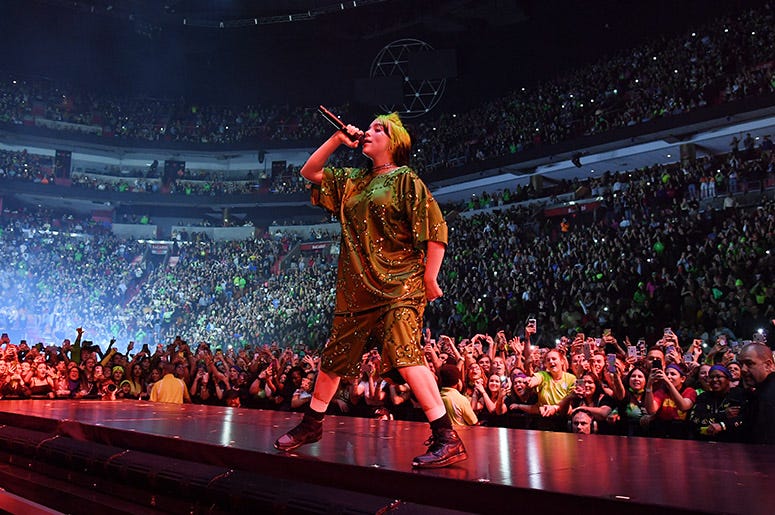 Billie Eilish revealed a new, yet rather vague timeline for her long awaited second album while speaking with Vanity Fair.

The “Therefore I Am” singer told the publication during their annual check-in series she has a cache of 16 new songs for her next album. “We’ve been working,” she said. “And I love them all.”

With an abundance of creative stamina, Billie says she and brother FINNEAS have been turning new songs out with factory-like volume. “There was a period of time, a month ago or something, we were just texting the label like, ‘Song done, another song done, another song done.’ So, I’m so much better at it. I love it so much more. I actually really do enjoy it now and I do feel like I’m pretty good at it now,” she confidently states. “I think FINNEAS and I have just seriously really gotten in the groove. We do it so fast.”

Eilish also talked in depth about her biggest challenges during this difficult year. She’s been struggling with an identity crisis “for a while now,” and describes an out-of-body experience during a 2019 performance.

“The entire show, I felt like I was pretending to be Billie Eilish,” she said. “I wasn’t looking at myself, as myself... You forget that I’m 18.”

A light spot in the interview came when Billie introduced the newest addition to her family, an 8-month-old dog named Shark. She picked him up and planted a big kiss on his nose.