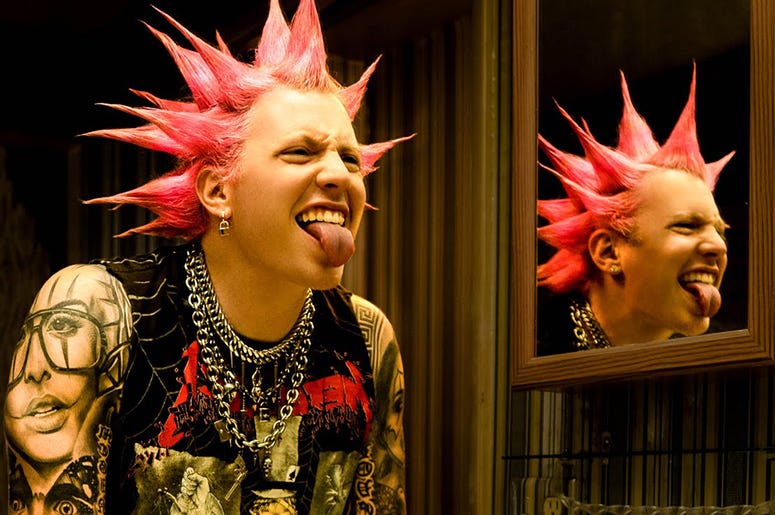 Joining Emo Nite host Morgan Freed this week is photographer-turned-artist Nathan James, whose new single "Self Destruction" is picking up quite a bit of steam since the release earlier this month.

Best known over the years as the go-to photographer for, but in no way limited to, artists on tour or looking for sick album covers -- Case-in-point: He shot MOD SUN's new album cover for Internet Killed The Rockstar -- James explained why he made the musical shift and well as the support he's received from fellow artists.

Following one of his 2019 art gallery showings for his "Nightmares" project; six images that represented different insecurities or "nightmare" that each of us go through at some point in our lives, he got the idea to give the photos another burst of life.

James tells RADIO.COM, "when I did the gallery I was like, 'wow, how cool would it be If I gave each one of these images a voice?' Like audio... a song that explains what the picture means."

After recording each song, Nathan says he was unhappy with the result. "At the end of the day, I was like, 'this is not the type of art that I feel is good. So I wiped the whole thing and started over by saying, 'I'm just gonna make music.' Because during that process of making those six songs that I never put out," he admits, "I learned that I love music."

Being in the presence of musicians for so many years has given Nathan a very good sense of the do's and don't's of the business. Their support, he says, has been nothing but gracious as well. "Any time that I have a question or I need advice from them, or want to show them a song, I'm always able to shoot it their way and get their feedback."

Creatively, he credits fellow artist MOD SUN for always pushing him to "go harder" with his sound. "So simple, but it's so true," James says. "I'm always thinking, 'can I go harder? Is there a spot I can do better in?' And that's just helped to level me up."

Regarding how the past year has affected his creativity, Nathan says he's always been able to "battle with my own self," but once the coronavirus hit "that brought out some dark places in me... I wasn't sure if I wanted to be here-type stuff. Luckily, I had the music honestly. Because that was something that helped me tremendously, to almost get excited about my sadness."

Check out the video for "Self Destruction" below and listen to the full interview with Morgan and Nathan above.