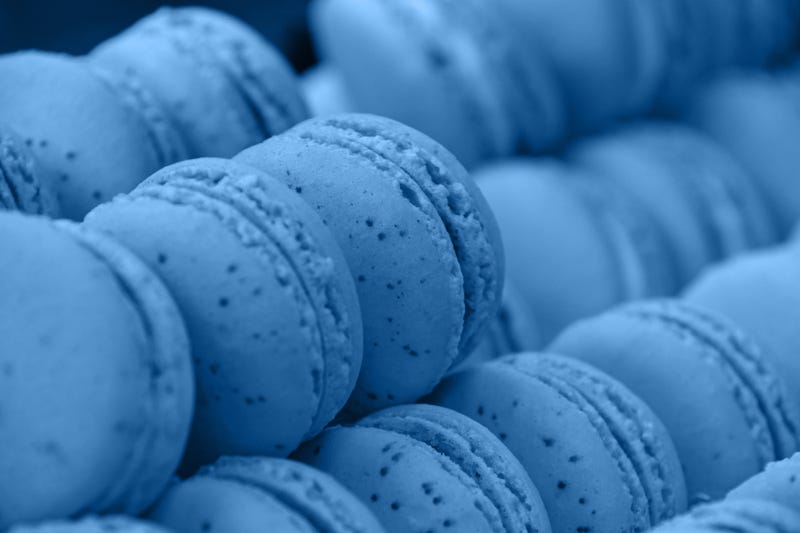 Season 2 of The Mandalorian has been quite an adventure already, and as anyone who has been anywhere with holiday shoppings knows, Baby Yoda is everywhere. I won't get spoiler-y, but just know that Star Wars, even pre-Disney, has always been about selling merchandise. I know because I wanted that AT-AT Imperial Walker so bad as a kid and my folks were a solid "no" on that front. Hearts made from the very ice that those walkers crushed under foot, probably.

Baby Yoda (the Child or whatever), found himself scarfing and barfing up some space cookies while visiting old friends, and Star Wars made sure you can live a slice of that green alien life in the form of these galactic macarons officially distributed by Williams-Sonoma.

Get ready to snack like Baby Yoda, because you can buy officially licensed space macarons. #TheMandalorian https://t.co/0SbKTfdSNM

For $49.99 you'll be spending your holidays wrapping up season 2 with a dozen blue confections called Nevarro Nummies. They're vanilla flavored and shipped frozen. Now, where do we get that weird looking blue milk Luke drank as a teen and not the green stuff from VIII? Seems like a slam dunk.