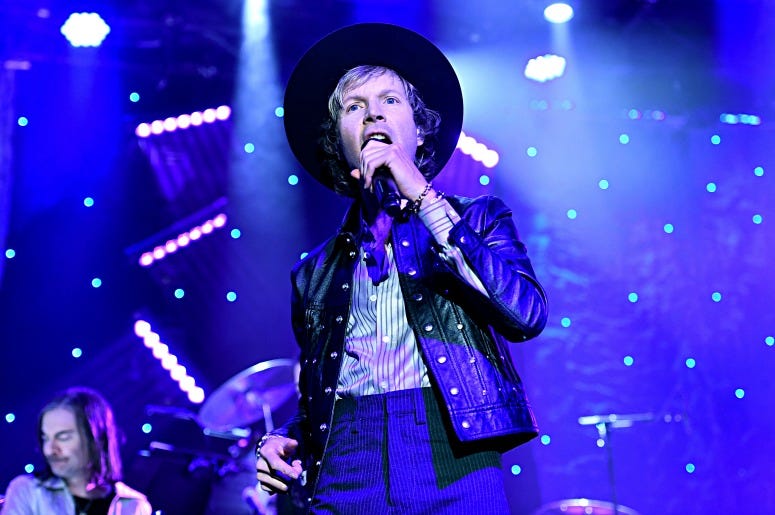 Beck will join RADIO.COM for an exclusive FANDEMIC Instagram Live, answering questions from around the world and letting us in on his time social distancing. The GRAMMY-winning artist will be checking in, telling us how he’s been spending his days, and if there is more music in his future.

Got a question for the Alternative icon? Just drop it in the comments and we’ll get to as many as we can on Friday May 1 at 3PM ET / 12PM PT.

Beck remains a massive presence in the world of Alternative music, always shifting and evolving and taking everyone else across the scene for a wild ride. Last year, the “Saw Lightning” singer added yet another chapter to his diverse and amazing career, releasing his fourteenth studio album, Hyperspace.

"I think it's pretty scattershot," he laughed about his discography in a talk with RADIO.COM in December. "I mean it's definitely a wide exploration of things. To me when I see all the records laid out it doesn't feel complete yet. It's sort of half of a story."

It's been 26 years since those first notes from "Loser" left an unshakable mark on us, and Beck hasn't stopped surprising us since.