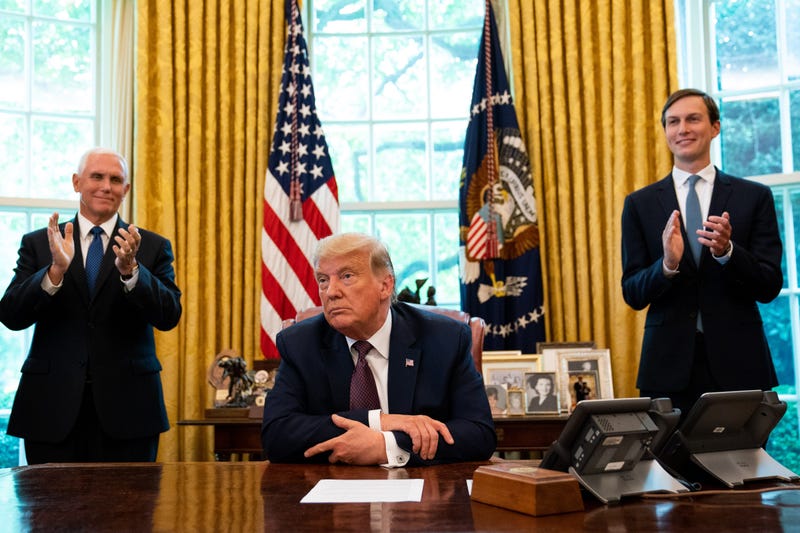 “Yesterday we had the Kingdom of Bahrain, United Arab Emirates, and Israel and the President sitting at the table. All four signed what are the Abraham Accords. Which is sort of an overarching document that we’re hopeful countries throughout the world, [and] other people will sign on to.”

Berkowitz continued, “In addition to that, there was a peace agreement signed by the United Arab Emirates and Israel with the U.S. in a witness capacity signing and a declaration of peace between the Kingdom of Bahrain and the state of Israel.”

Berkowitz highlighted to Zeoli that through these peace agreements, President Trump has done something that no other U.S. President has achieved.

“President Trump now holds the distinction of being the only President to have made peace between two Arab countries and Israel. Then, actually, earlier we had Serbia-Kosovo. Kosovo is a Muslim majority country that is now recognizing Israel. So, President Trump has now been nominated twice for a Nobel Peace Prize. “

Berkowitz said the hope now is as more Arab Nations sign the Abraham Accords, the Palestinians will return to the negotiating table for the first time in 2017.

“The President has spoken, quite openly, about the fact as more Arab countries come into the Abraham Accords and make peace with Israel. The Palestinians, we are hopefully, are going to actually decide to come to the table and negotiate. Something they’ve refused to do since December of 2017.”