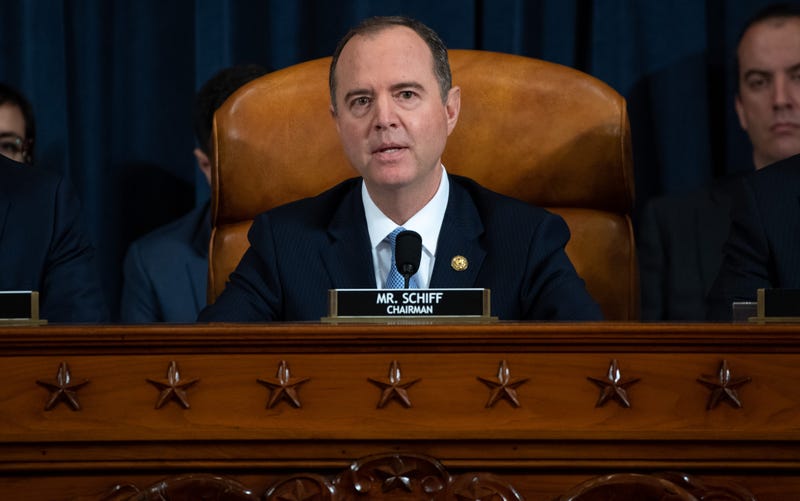 Dom Giordano opens the show discussing the boredom of Adam Schiff and explains how "Trump-derangement syndrome" plays into the President's upcoming visit to Wildwood, NJ. Dom comments on a Philadelphia Inquirer article that takes shots at Dom and Former Wildwood Mayor Ernie Troiano. Dom laughs at people faking interest in Adam Schiff's presentation and talks about the presence of "Trumpism" in every news story. Plus, Dom talks about the pettiness of Pope Francis.

Dom Giordano talks with Fox News reporter Gregg Jarrett about the trials and tribulations of covering Adam Schiff, calling the promotion of Schiff and Jerry Nadler to "faces of impeachment" was a "mistake." Jarrett explains why Schiff and Nadler do not tend to rub the other Senators the right way. Jarrett compares the impeachment of Donald Trump to past impeachments and explains why Trump's impeachment is not constitutional based on what precedes it. Plus, Jarrett comments on invoking executive privilege and explains why it is not an impeachable offense.

It is common knowledge that Dom Giordano does not care for the Philadelphia Flyers' mascot, Gritty. However, even Dom is surprised to hear a story about Gritty allegedly punching a child after being patted on the head. Dom voices his opinion about the story and explains why he has such disdain for the character. Plus, Joe Sibilia, a former mascot himself, weighs into the discussion.