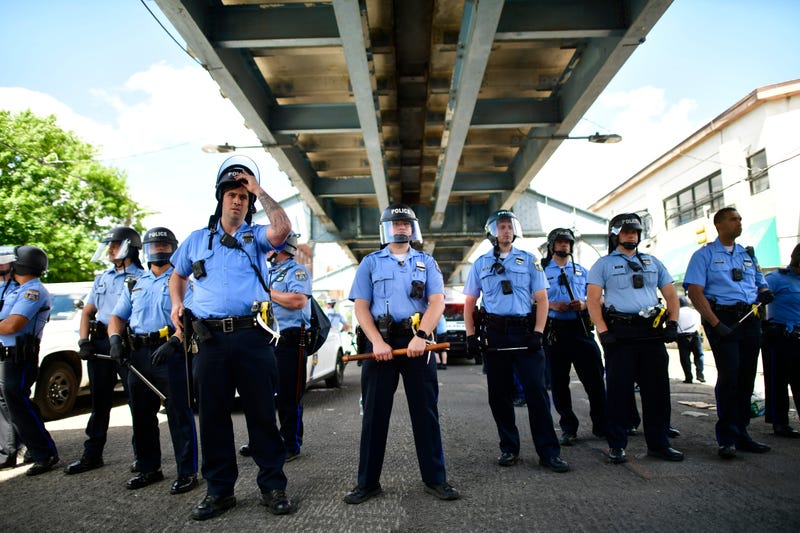 Dom Giordano talks with John McNesby about the looters and the reason why the police are going to boycott them. McNesby explains how the F.O.P. is going to take care of the police and addresses the idea that feeding the cops a free lunch is "insensitive." McNesby maintains that the George Floyd incident casts a cloud over law enforcement, but adds that the police will be out doing their job anyway. McNesby talks about community policing and the occasional need for force when absolutely necessary. Plus, McNesby discusses the starting salary for police officers and explains why a price can't be placed on public safety.

Dom Giordano talks with Rev. Reginald W. Johnson II of Holy Nation Baptist Church about taking a stand and praying for a miracle for the Brown family Shop Rite grocery stores. Johnson talks about the 300 men who came together to pray for the businesses in a display standing against violence. Plus, Johnson offers a prayer for the small businesses that have been affected by the chaos ravaging the city.

Dom Giordano talks with Neal Zoren about Elizabeth Moss's latest project about the author Shirley Jackson. Zoren explains how television is an entertainment medium, and there is no actual news on the airwaves. Zoren talks about the importance of perspective and variety in television. Zoren points out how there is a greater number of choices for those who don't want to watch police shows because of all the media outlets. Plus, Zoren touches on  Queer Eye and the new episodes coming up.