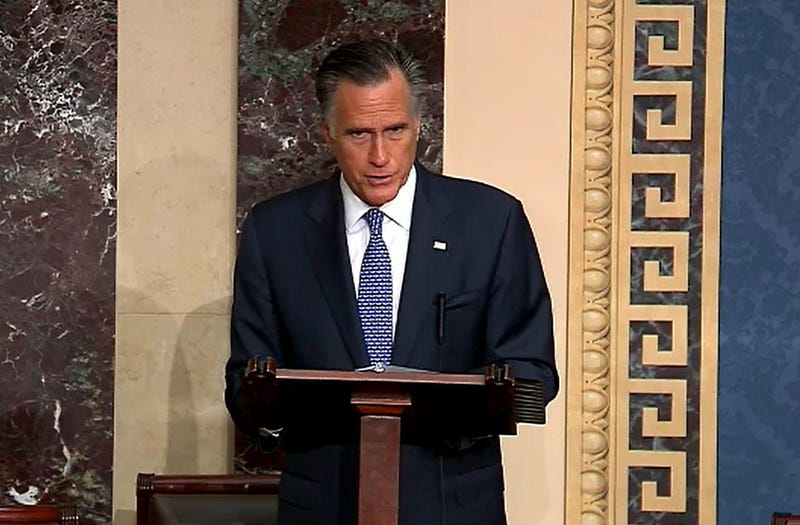 You're A Weasel, Mitt

Today on the Dom Giordano Program, Dom led off by furiously calling out Mitt Romney for using his faith in a fraudulent way, as a justification for voting against impeachment. Giordano plays back clips from leftist media members, lauding Romney's decision as a 'profile in courage.' Also, during the 68th annual Prayer Breakfast, President Trump spoke out about people who use religion to justify what they know to be wrong decisions. Also, Dom asks listeners, in honor of Romney, "who is a weasel?"

Dom Giordano talks with Former White House Press Secretary Sean Spicer about his distaste for political figures who use their religion as a prop to further their agendas. Spicer explains why Mitt Romney should not have brought his religion into his political stance on Donald Trump. Spicer also addresses the uproar over his stint on Dancing With the Stars and praises the cast and crew of the show. Spicer also comments on any rumors he might appear on The Masked Singer. Plus, Spicer hints at some announcements he has coming at the end of the month.

Dom Giordano talks with PA Senator Pat Toomey about Mitt Romney's view on impeachment and questions Toomey about why he saw the situation that way. Toomey explains why he thinks he was faithful to his own oath and also expresses surprise at how the House did not follow certain procedures in the impeachment process. Toomey explains why the Democratic majority could not be bothered to wait and expresses disappointment at the Democrats' behavior. Toomey also explains the precedent this sets for future Presidents who want to use executive privilege. Plus, Toomey comments on Nancy Pelosi's antics at the State of the Union address. And Toomey weighs in on the impact impeachment had on the state of Pennsylvania.