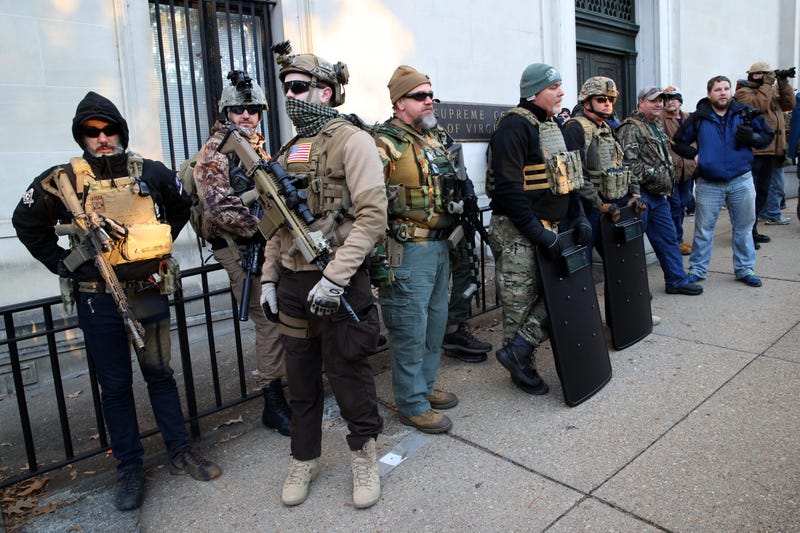 No Violence? No Coverage.

Today, Dom led off the Dom Giordano Program by talking about yesterday's incredibly peaceful pro-2A protest in Richmond, VA. The media, who promoted the event as an event for violent white supremacists, was 'deflated' after the event proved to be peaceful. Leftist politicians even stepped in, with Alexandria Ocasio-Cortez moving the goalposts by asking why the police presence was so non-threatening compared to leftist protests. Also, Dom plays back man-on-the-street clips of protesters at the Richmond rally explaining why they were there. Also, Dom talks who he believes to be the best 'villain' of all time.

President's Deputy Press Secretary is on the Lookout for Sen. Chuck Schumer's Tricks

Dom Giordano talks with Steven Groves, Special Assistant to the President & Deputy Press Secretary, about the first day of the impeachment trial. Groves explains what his role is and how he became part of President Donald Trump's administration. Groves talks about his job with the press team and how his legal background has played a role in his position. Groves explains what he thinks will be voted on in the Senate today and talks about what everybody should be on the lookout for from Senator Chuck Schumer.

Absentee Ballots Are Terrible for Democracy

In the final hour of the Dom Giordano Program, Dom discussed a new bill that was passed by Pennsylvania lawmakers late last year which greatly reduces the rules for absentee ballots. Dom uses this story to exemplify why Philadelphia local elections are always considered as corrupt as they are. Also, Dom faces off with a caller who insists that Dom is out of line for his views on absentee voters. Oh yeah, also impeachment.