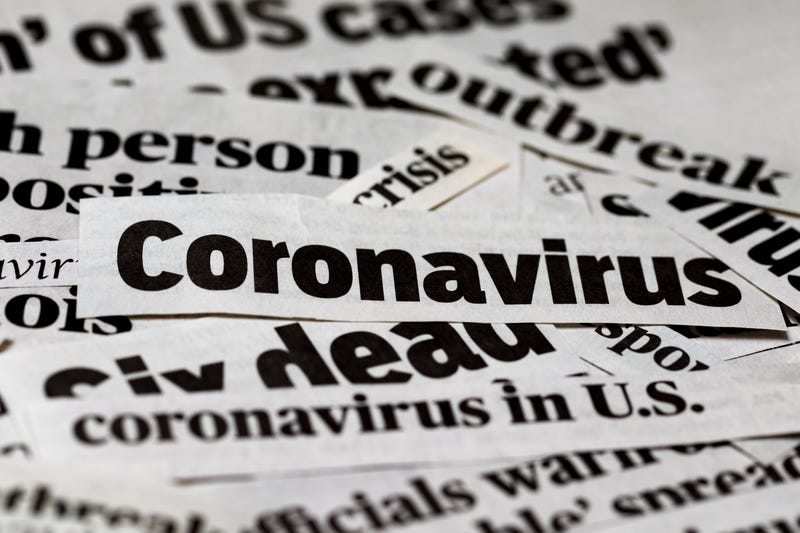 Let's Look For That Light At The End Of The Tunnel

Today, Dom Giordano led off the program by talking about hope. Hope for the best, hope for a change, hope for a light at the end of the tunnel. In yesterday's crisis response team briefing, Dr. Deborah Birx spoke of the usage of antibodies to both test and treat Coronavirus, and many allusions are being made that Hydroxychloroquine may actually be the solution. Also, the Atlantic yearns to be divisive in a new op-ed that hones in on Republicans as virus deniers. And Governor Andrew Cuomo points out that the country will never be the same, but this worries Giordano.

Deputy Secretary of Health and Human Services Eric Hargan joins the Dom Giordano Program to discuss the federal efforts to combat the spread of Coronavirus. First, Dom asks Deputy Secretary Hargan about the amount of red tape that his department is trying to cut through to develop treatment and vaccines for the virus. Also, Dom and Hargan discuss the notion of a 'new normal' being proposed by politicians such as Governor's Murphy and Cuomo, and Hargan explains what he believes will be the 'new normal.' And the Deputy Secretary hits upon the country-wide need for PPEs, ventilators, and face masks.

​Dom Giordano talks with Jennifer Riley about Marsy's Law and the overcrowding in county prisons. Riley points out problems in the ACLU's petition calling for the mass early release of prisoners, explaining how a rape victim could bump into their rapist in a grocery store. Plus, Riley explains that the concern for the rights of crime victims are forgotten in the fight for offenders' rights.