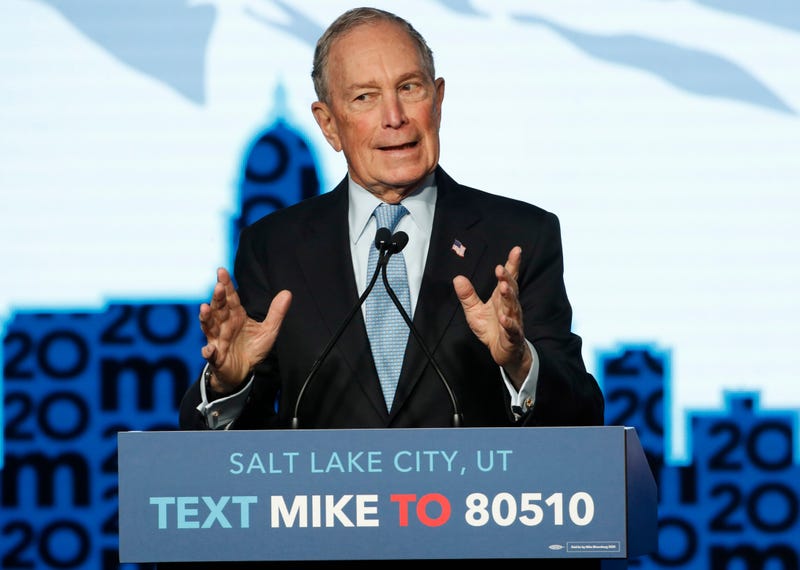 Mark Chenoweth, Executive Director of the New Civil Liberties Alliances, joins the Dom Giordano Program to discuss Mike Bloomberg's connections inside multiple state Attorney General offices, including Delaware and possibly Pennsylvania, to promote a central focus on climate change. Chenoweth, along with the NCLA, alleges that Michael Bloomberg has an arrangement to “pay the salaries of Special Assistant Attorneys General (SAAGs) in 10 Democratic AG offices” if they prop up his climate change agenda. This basically amounts to “buying state law enforcement employees to advance his preferred political agenda." Dom and Chenoweth further discuss.

​Dom Giordano talks with Gregg Jarrett about the influence of social media in the elections and also weighs in on the sentencing of Roger Stone. Jarrett explains how AG William Barr was right with his guess that Stone would get 36-40 months in prison. Jarrett also explains how the judge vindicated Barr's judgment in the eyes of the public and talks about when Stone will have the right to a new trial. Jarrett talks about the hearing for Stone that may come next week and explains why he thinks a sealed courtroom is highly inappropriate. Plus, Jarrett explains the importance of a new trial in the wake of the juror who voiced her opinions about Stone before the trial even began. And Jarrett explains why gag orders are unconstitutional and "a violation of the first amendment," claiming judges hand them out because they are "imperious."

​Dom Giordano talks with movie critic Lou Gaul about his go-to film and gets his take on Knives Out. Gaul comments on Daniel Craig's performance in the film and explains how stars are often not corrected when they become so big. Gaul talks about the James Bond franchise and the status of the phrase "Bond Girl." Gaul gives his take on the evolution of the "Bond Girl" in the movies, which he attributes to changing tastes and attitudes to women's rights. Plus, Gaul recommends Harrison Ford's latest movie, The Call of the Wild.