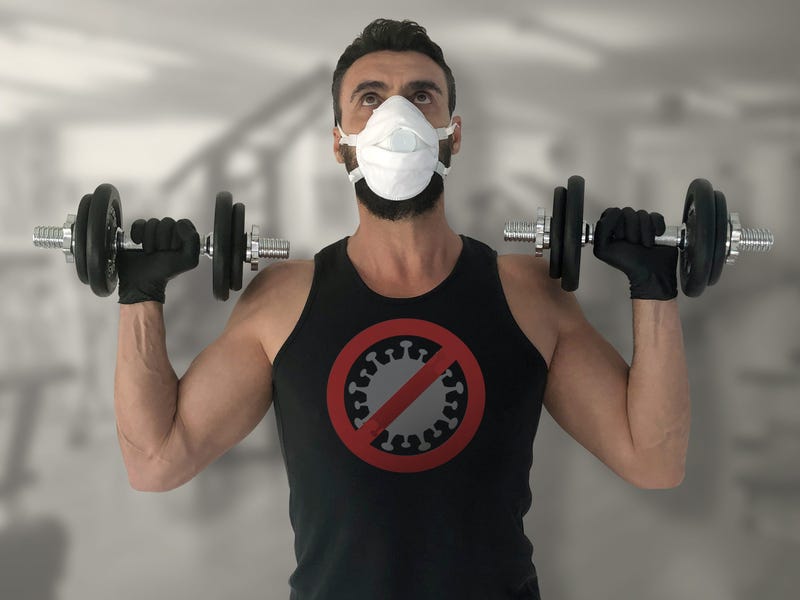 Dom Giordano talks with Steve Keeley of Fox 29 about the situtation at the gym and the police present that showed up to make mass arrests. Keeley explains the mayor is keeping the scene peaceful and the procedures the gym is taking to keep people safe. Keeley talks about the financial issues gyms are facing because of the pandemic and the quandry Gov. Tom Wolf faces because of all the other gyms that are closed in Pennsylvania. Keeley pulls the attorney for the gym into the conversation to talk about the scene. Plus, Dom asks the attorney if there has been threat over the gym's licenses or permits.

Dom Giordano talks with gym owner Collin Whitney about his business re-opening and what has happened since his doors opened at 6 a.m. Whitney explains that it has been business as usual, except that there are fewer people inside. Whitney says 10 people are presently using the facilities, providing 90 minute time slots for each person so there is a half-hour window to sanitize the equipment. Whitney explains the conversation he had with his lawyer about re-opening, adding that he has a right to make a living. Whitney defends his business, explaining that it is a place where people come to improve their health.

Dom Giordano talks with Attorney Kevin Barry and Atilis Gym Co-Owners Ian Smith and Frank Trumbetti about how opening the gym is bigger than the gym itself. Smith explains that they did not know what to expect. Barry talks about local law enforcement's reaction and Smith talks about the support seen for the gym, adding that the only time the phone stops ringing is when it dies. Plus, Trumbetti weighs on compliance among businesses, explaining that businesses should be prepared to reopen and make sure they have a plan in place.

Dom Giordano talks with Sharyl Attkisson about the timeline of collusion against Donald Trump, dating back to the year 2011. Attkisson explains the purpose of the timeline, demonstrating that this problem did not start in 2016. Attkisson adds that there is no evidence that President Barack Obama was involved, adding that she believes the President did know about it because the FBI would have had to go to the top with any information about collusion. Plus, Attkisson talks about her other timelines on her website.