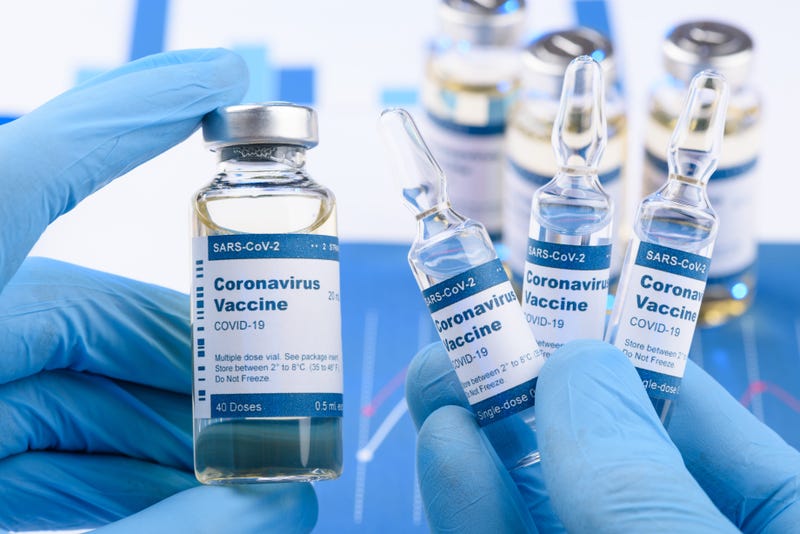 Dr. Marc Siegel, Professor of Medicine at NYU Langone and regular on Fox News, rejoins the Dom Giordano Program to discuss his new book, COVID: The Politics of Fear and the Power of Science. The new book is an exposé of the facts as the media covers the national pandemic news and spread of the invisible virus reinforces the notion that we must arm ourselves against fear tactics that limit our abilities to safely make decisions and protect our families in a world of uncertainty. Dr. Siegel also comments on Biden’s COVID advisor Osterholm’s suggestion of a 4 to 6-week lockdown, noting that it’s an absolutely terrible idea for both the mental health of citizens and the health of the economy.

Dr. Paul Offit, Director of Vaccine Education Center at the Children's Hospital of Philadelphia, rejoins the Dom Giordano Program to discuss developments in the realm of vaccines after Pfizer announced last week that they’ve received a 90% success rate in trials for its vaccine to address Coronavirus. Offit explains how the Pfizer vaccine works, explaining how the formula attacks the virus, and tells why he’s very excited to see these developments. Then, Offit offers his expertise in weighing whether or not students should return to schools, explaining that right now, the country is on fire with the virus and things couldn’t be worse, therefore it’s most advisable that children do not return to schools. In this, though, he explains how crucial it is for children to get back into the classrooms, but weighing it right now, it’s not a good idea.

Ralph Cipriano, head of BigTrial.net, rejoins the Dom Giordano Program to discuss his report that’s now been disputed of dead Philadelphians showing up on voter rolls. Cipriano explains his reporting and where he found the information, the ‘Voter Inquiry Menu,’ and explains that the only people who can enter information into this data system are Philadelphia election officials. Cipriano also takes aim at Al Schmidt, a local Republican who publicly stated that the report is misinformation, taking umbrage at being labeled a conspiracy theorist while drawing data from the city’s records.

Bucks County Sheriff Milton Warrell rejoins the Dom Giordano Program to update the audience on a spike in gun permit requests since the beginning of the Coronavirus pandemic. Warrell was on the show back in July, highlighting the spike that was so strong, it required Warrell and the Bucks County Sheriff’s Office to offer night hours to accommodate all the requests. Warrell explains that the spike hasn’t subsided yet, with requests and applications continuing to rise as time goes on. Warrell pontificates what he believes to be the underlying reasons behind the spike, but makes note that he hopes that the first-time buyers do pursue proper training in case they were to ever need to use their firearm.