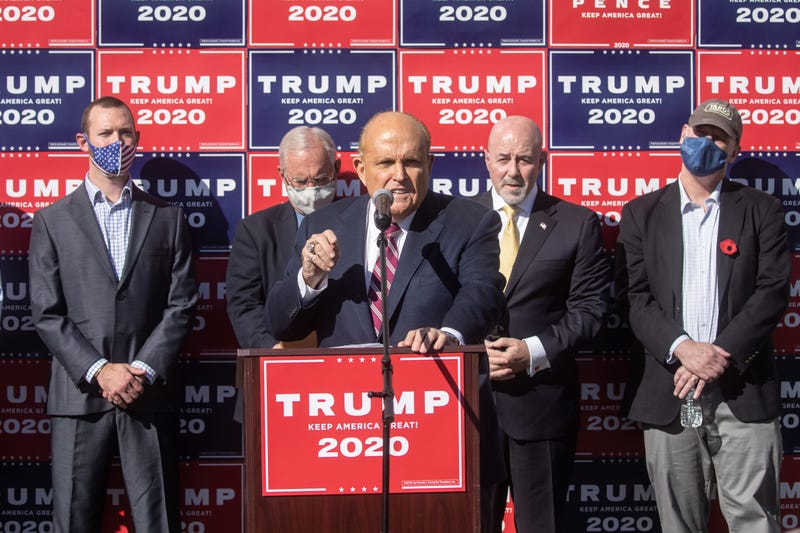 Recapping The 'Results' Of The Election

Today, Dom leads off the Dom Giordano Program discussing the news over the weekend in which Joe Biden claimed victory in the 2020 General Election. Before jumping into the Election, though, Dom makes a detour to mention the passing of the great Alex Trebek. Moving to the Election, Giordano talks about Rudy Giuliani’s press conference outside Four Seasons Total Landscaping, which Dom thinks of as an embarrassment. Giordano admits that he’s not a fan of Giuliani being the face of the resistance fight, explaining that he’s not a fan of the crazy-eyed approach of politics that Giuliani employs. Then, Dom takes calls from listeners to gather how they feel after the claimed result of the election, with listeners also chiming in on whether or not Giuliani is the right choice for this effort.

Shamong, NJ Mayor Michael DiCroce rejoins the Dom Giordano Program. Mayor DiCroce has been a regular on the Dom Giordano Program, proclaiming multiple times that when marijuana becomes legal, he hopes to turn his small South Jersey town into the ‘marijuana capitol of New Jersey.’ DiCroce, a Republican, recognizes the economic influx that the legalization of marijuana would provide to his town, and he’s set himself and the town up well to capitalize on the allowance of a new economic enterprise.