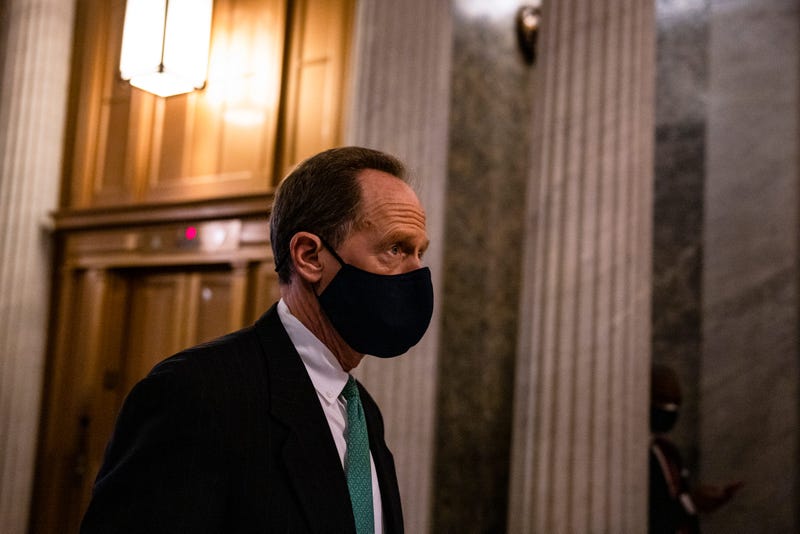 The Establishment Is Off Base On Election Certification

Today, Dom Giordano led off the Dom Giordano Program by updating the audience and discussing the effort by Republican Representatives and Senators to ensure election integrity prior to the certification set for Wednesday. First, Giordano reflects upon Josh Hawley’s emergence as a primary face in the fight for election security, and explains why many establishment Republicans are afraid of him. Then, Dom discusses the comments made by Senator Pat Toomey Saturday, in which he and Alaska’s Lisa Murkowski said that they will oppose efforts by their dozen-plus Republican colleagues who will challenge Joe Biden’s electoral college win. Also, Giordano discusses the efforts to combat election integrity by Lin Wood, questioning why he would suggest trying Vice President Mike Pence for treason.

State Representative Jim Gregory of Blair County rejoins the Dom Giordano Program to discuss his ongoing effort to eliminate mail-in balloting in future elections in Pennsylvania. First, Gregory reveals where the bill stands and reflects upon the national coverage surrounding Pennsylvania’s stake in the 2020 election. Gregory takes us chronologically through the mail-in balloting legal battle, telling how Pennsylvania Republicans have found themselves in this situation.

Tom Fitton, President of Judicial Watch, rejoins the Dom Giordano Program for the first time in 2021 to update the audience as to what the organization is doing to ensure the integrity of the 2020 elections. Fitton takes us to the battleground states and tells whether or not each state has a chance to combat the spread of election fraud in their states. Also, Fitton comments on a filing by Judicial Watch today for public comment to the SEC, responding to a proposed rule change requiring race and gender quotes on the boards of corporations listed in NASDAQ.