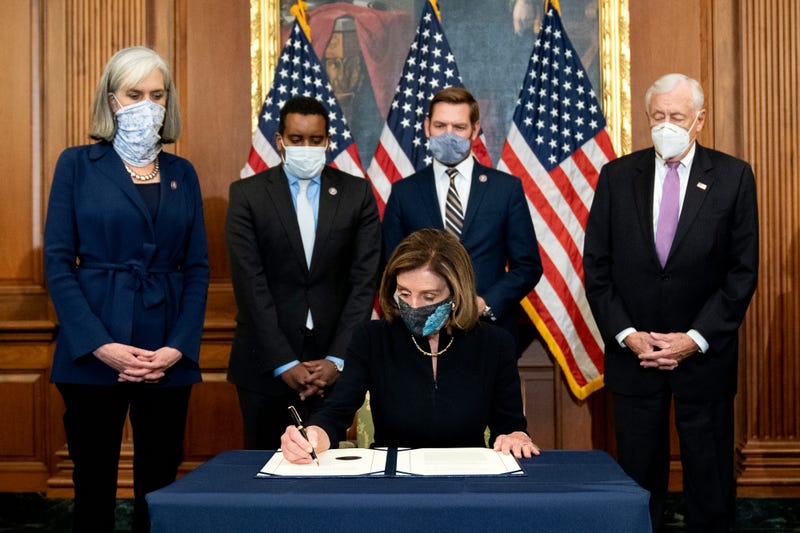 Should Smokers Get Early Vaccines?

Today, Dom Giordano led off the Dom Giordano Program by discussing the lineup for the upcoming Biden-Harris inauguration, with news yesterday that Lady Gaga and Jennifer Lopez will be among a multitude of performers at the event. Then, Giordano recaps the events yesterday, in which President Donald Trump was impeached a second time, this time through a bipartisan vote including 10 Republican representatives. After that, Giordano focuses on reports of the National Guard at the Capitol building, and the ramped up protections at state capitols, explaining that he appreciates the show of force but wonders whether or not it’s a necessity.  Finally, Giordano discusses the push by New Jersey Governor Phil Murphy to open up vaccinations to smokers and those who are obese.

The Political Ploy That Is The Second Impeachment

In the second hour, Giordano leads off by examining the true reasons behind the impeachment yesterday, explaining why and how it was a political ploy by the Left to put an end to ‘Trumpism’ by voters with whom they disagree.  Then, Giordano enters into a discussion regarding Qanon, telling why the blind following that Q’s followers exhibit is incredibly dangerous to everything we stand for as Americans. Finally, Giordano asks listeners who they’d want to see run for President in 2024 if not Donald Trump.