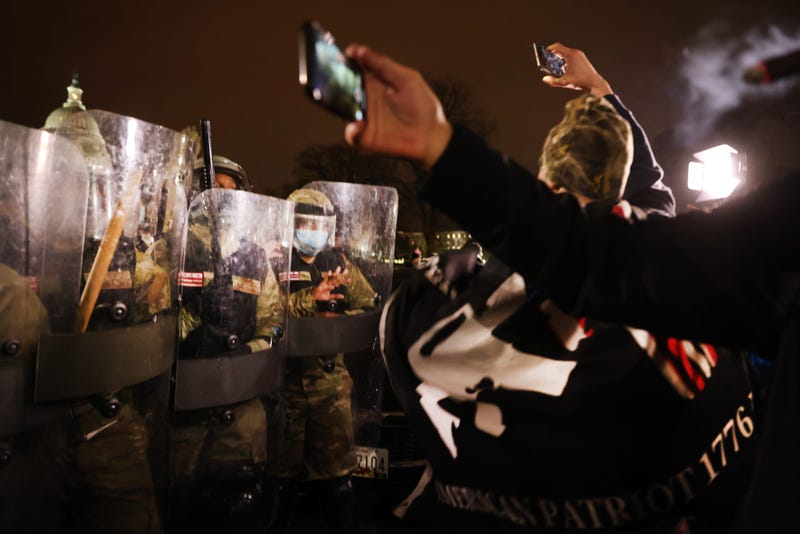 Today, Dom Giordano led off the show by trying to figure out exactly what the ‘Boogaloo’ movement is, after the FBI released a warning that the group is organizing ‘armed’ marches across the US on Inauguration Day. Then, Giordano discusses the continued effort by those on the Left to silence and ‘cancel’ anybody who has publicly shown support for Trump in the past. Dom discusses a story out in Susquehanna Township, where more a petition with more than 5,000 signatures called for the firing of a teacher who was pictured at the rally prior to the insurgency at the Capitol.

Andrew C. McCarthy, legal analyst on Fox News, returns to the Dom Giordano Program to discuss the Left’s push to use the 25th amendment to remove President Trump from office prior to Inauguration Day. Then, McCarthy discusses the cases unfolding in the wake of the rioting at the Capitol after the Trump rally in Washington last week, and whether or not the words spoken by the President during the rally could qualify as incitement, or incitement of insurrection. After that, McCarthy offers his legal opinion as to whether the bad actors during the Capitol riot could be charged with insurrection, and explains the downside of politicizing the term ‘insurrection.’

Angelo Cataldi, famed host for SportsRadio 94WIP, rejoins the Dom Giordano Program to discuss the firing of Philadelphia Eagles head coach Doug Pederson after a horrible 4-11-1 season. First, Cataldi and Giordano discuss the abysmal press conference by Eagles owner Jeffrey Lurie yesterday, in which he continually dodged hard questions, while portraying his approach to ownership as a kid with a shiny toy. Cataldi offers his opinion on the firing and the decision to retain General Manager Howie Roseman, explaining that Roseman should’ve been the target due to his personnel and roster decisions rather than Pederson.