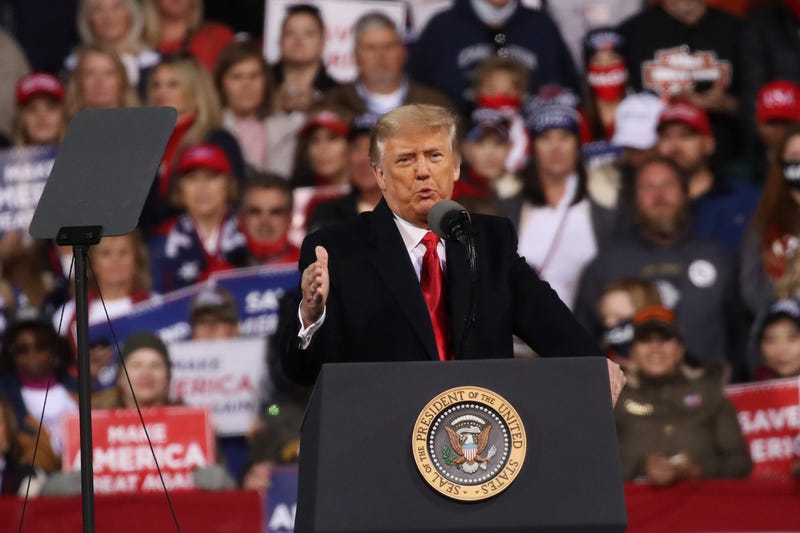 Trump's Message To Georgia: Get Out And Vote!

Today, Dom Giordano led off the show by relenting upon yesterday’s Eagles loss against the Green Bay Packers. Dom, upset that the Eagles’ hands are tied with Carson Wentz due to a massive contract, draws comparisons between the NFL salary cap and the perils of Socialism. Dom argues that without the NFL striving for parity between small and large markets, teams would have much more freedom to make decisions to benefit their organizations. Then, Giordano discusses Trump’s appearance in Georgia over the weekend, in which he called for conservatives to vote in Georgia in the Senate runoff, even with the allegations of fraud, as there’s so much at stake in the election. Dom wonders if Trump’s comments are enough to convince certain conservatives to do what’s needed to prevent socialism from seeping into our country. Then, Giordano discusses a new bill proposed by Texas congressman Brian Babin titled the You Must Be Alive To Vote Act, which hopes to prevent any funds from the U.S. Departments of Transportation or Education, with the exception of those going toward law enforcement agency grants, from going to counties of any state that do not annually check their voter lists against the Social Security Administration's most recent death records in order to purge them of any individuals found to be deceased. Also, Giordano discusses the idea of a $1,500 incentive for people who are going to get vaccinated rather than a stimulus for everybody.

Nobody Knows What's Going On In Montgomery County

Today, after two weeks of mandatory virtual learning for Montgomery County students set forth by the county Board of Health, school administrators in the county are allowed to reopen if they feel that’s the best route forward for students in their individual districts. The students in the Souderton area school district, though, are the only ones in the county with the option to return to full in-person schooling. Other districts, such as Pottsgrove, had plans for a hybrid but decided to change those plans for what they excuse as staffing shortages. Giordano finds it unacceptable that parents in the county still do not have the option to send their children to school. Also, Dom releases a preview of his 40-yard football throw and teases a video exclusive which will be played in full during today’s Facebook Live broadcast. Giordano discusses Sports Illustrated’s Sportsperson of the Year award, which was awarded to “Activist Athletes”, but makes no mention of human rights violations in China.

music
Gordon Ramsay reveals arthritis diagnosis as doctor recommends he 'start slowing down'
music
LOCASH describe the 'awesome' feeling they get from supporting The Little Yellow School House
music
We're obsessed with Post Malone's Hootie & The Blowfish cover, and there's nothing you can do
music
Carly Pearce admits 'I felt like I failed' after Michael Ray divorce
music
MTV is finally bringing back 'Yo! MTV Raps' and 'Unplugged' for new streaming service
music
Jeep welcomes back Bruce Springsteen after DWI charges dropped