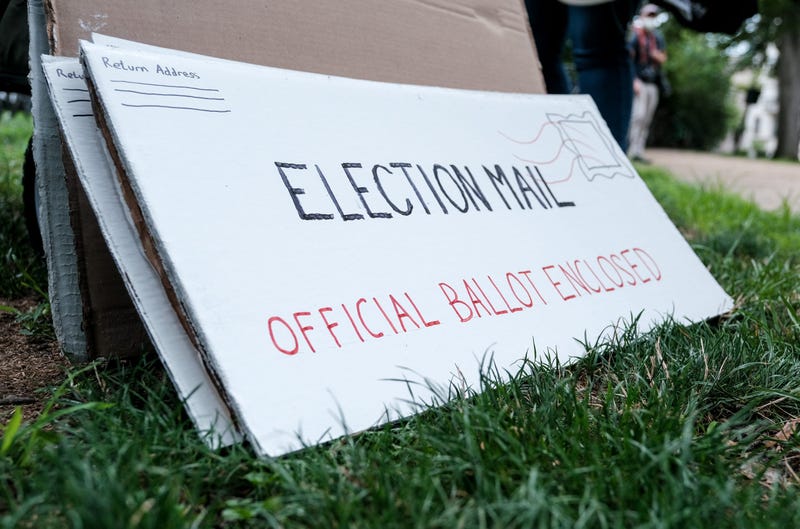 Liz Preate-Havey, Chair of the Montgomery County GOP, joins the Dom Giordano Program to discuss new developments in the realm of mail-in voting after a FiveThirtyEight model, which notes the importance of Pennsylvania, showing that Trump has an 84% chance of winning the presidency if he carries the state, with Biden a 96% chance of winning if he wins Pennsylvania. Preate-Havey puts out a beacon for those who want to help in striving for an accurate count to contact her at the MontCo GOP.

Jeanine Pirro On The Left's Narratives Rooted In Falsehoods

Judge Jeanine Pirro, longtime mainstay on Fox News, joins the Dom Giordano Program to discuss issues of national politics and her upcoming new book, Don’t Lie To Me: And Stop Trying to Steal Our Freedom. Pirro seamlessly ties last night’s Philadelphia town hall with President Donald Trump to the title of the book, where George Stephanopoulos joined in as the media continues to push narratives rooted in falsehoods. Also, with her judicial background, Pirro looks back with Giordano upon the trial that led to the impeachment of President Trump.

Jesse Watters, one of the hosts on The Five on Fox News, rejoins the Dom Giordano Program to discuss what’s going on from a national standpoint as the political sphere heats up leading to the 2020 election. Watters and Giordano first catch up, discussing Watters ties to Philadelphia. Then, Watters reveals some of the behind the scenes working on The Five and his Saturday evening show, and gives his review of Trump’s performance in yesterday’s Philadelphia Town Hall held on ABC.

Philadelphian Anthony Conte joins the Dom Giordano Program to discuss and promote his family’s appearance on Family Feud. The Conte family first appeared on the show last September, with reruns of the episode showing this week on The CW at 7:30PM ET.