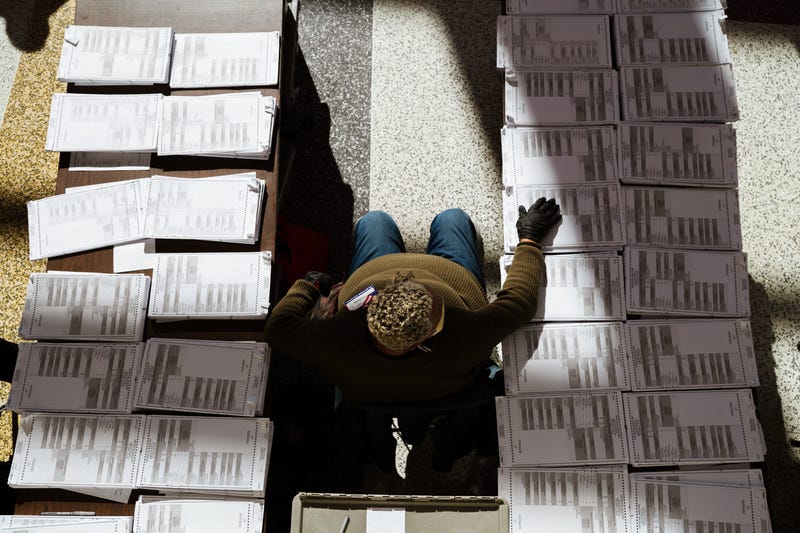 In today’s Election Day edition of the Dom Giordano Program, Dom leads off the show by discussing Pennsylvania Attorney General Josh Shapiro’s appearance on CNN this morning, in which he tried to place the blame for boarded up business on Trump. Then, Ronna McDaniel, Chair of the Republican National Committee, joins the program to give her forecast of what’s to come today, including a discussion about how Florida and Pennsylvania, in particular, will shake out. After McDaniel, Eric Trump checks-in for an Election Day update on the Trump family, telling what he’s seeing all over the nation as he goes to his father’s rallies. After Eric Trump stops in, Peter Navarro, the Director of Manufacturing and Trade Policy in the Trump Administration joins the Program to discuss the positivity that the Trump administration has brought for the economy, specifically through manufacturing deals and Trump’s treatment of trade with China.

On The Ground Check-Ins and Congressional Candidate Kathy Barnette

In today’s second hour, Dom leads off by taking calls from voters for a poll report. Kevin in Arizona checks-in with an update as to what he’s seeing in that state, and discusses past issues of voter integrity in the city of Philadelphia while he was involved in local politics. Then, Dom discusses a misfired tweet by Congresswoman Madeleine Dean, who seemingly accidentally wrote to a friend that she was looking forward to doing the ‘stanky leg’ to celebrate a potential Biden and Harris win. Also, Mayor Pennock of Audubon Park, NJ checks-in to give his predictions as to how he thinks both Philadelphia and the state of Pennsylvania will shake out. Halfway through the hour, Kathy Barnette, candidate for congress running against Madeleine Dean, joins the Program to discuss the detrimental policies that the Congresswoman pushes in Washington.

Final Election Day Hour And A Lawsuit By MontCoGOP

To start of the third hour of the Dom Giordano Program, James Fitzpatrick, the Election Day Coordinator in the state of Pennsylvania for the Trump Campaign, tells Giordano and listeners what the Trump team is hearing regarding voter suppression and integrity throughout the state of Pennsylvania. Then, Dom takes a couple calls to try and gather the vibe on the street on this Election Day, hearing from callers from around the area and what they’re seeing. Then, Liz Preate-Havey, Chair of the Montgomery County GOP, checks in to reveal a lawsuit focusing on voter suppression regarding signatures on mail-in ballots.