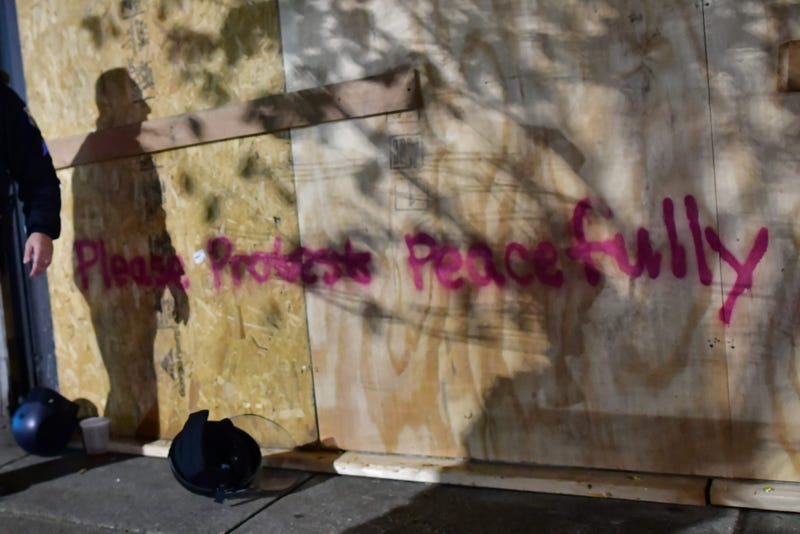 United States Attorney Bill McSwain returns to the Dom Giordano Program for a discussion on what’s been going on in the city of Philadelphia. First, the conversation focuses on looting and arsonists in Philadelphia, with McSwain reminding listeners how serious the offense and consequences are of such an act, also expounding that his office is taking these cases very seriously. McSwain also discusses the relationship between his office and that of District Attorney Larry Krasner, explaining that he hopes to ensure that law and order persists in the city of Philadelphia.

Murtaugh: Beware Of The Coming Phrase ‘Red Mirage’ From The Left Media

Tim Murtaugh, Director of Communications for the Trump 2020 campaign, rejoins the Dom Giordano Program on the eve of Election Day to discuss multiple issues, including Coronavirus, fracking, and the ushering in of Marxist ideals by those on the Left, including Kamala Harris. First, Murtaugh and Dom discuss Tim’s appearance on Chris Cuomo’s CNN show, where he called attention to the double-standard on COVID reporting, after criticizing Trump’s lack of seriousness while mocking the virus with his Governor brother. Then, Murtaugh discusses the flip-flopping nature of both Biden and Kamala Harris when it comes to fracking, now with Lady Gaga commenting on the issue after formerly being vehemently against the process. Finally, Murtaugh and Dom discuss a post by Kamala Harris on Twitter that veers into the realm of socialism.

Dasha Pruett On Socialism And The Election

Republican candidate for the 5th district congressional seat Dasha Pruett returns to the Dom Giordano Program for an Election Day Eve update on her campaigning efforts. Pruett discusses and condemns the slow creep of socialism that’s being ushered in by those on the Left, speaking from experience after escaping Soviet rule as a child.

Lara Trump calls the Dom Giordano Program from the campaign trail for an update on where the President will be today. Trump discusses an upcoming rally to be held by her father-in-law in Lancaster, PA, just days after multiple rallies all over the state with incredible voter turnout and support. Trump explains that the President is hoping to spread his positivity for the country to the voting populace, and the campaign team is seeing great results, even though the Democrats are running such a negative campaign. Also, Trump stresses the importance of a return of normalcy, something she truly fears would not happen if Biden were to be elected.