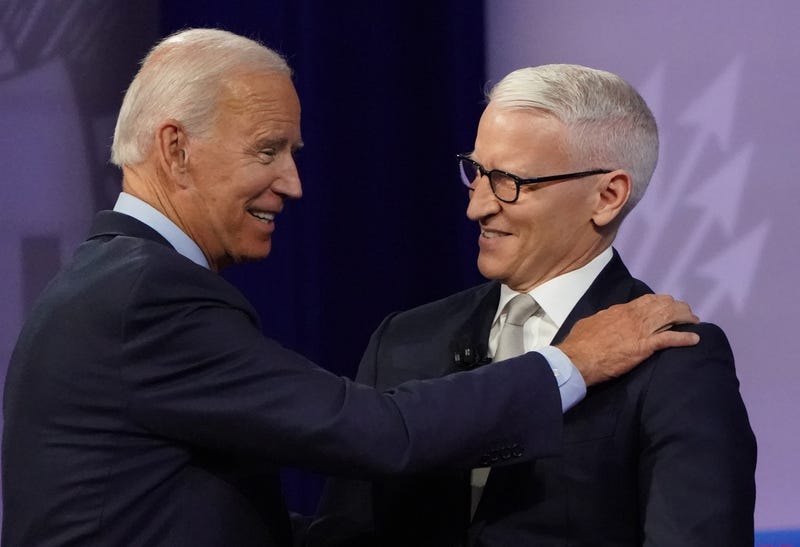 Today, Dom Giordano led off the Dom Giordano Program by discussing Joe Biden’s Town Hall last night with Anderson Cooper on CNN. First, Giordano hones in on Biden and Cooper’s discussion about children returning to schools for in-person schooling. When asked about White House Press Secretary Jen Psaki noting that students may only be in-person for one day a week, Biden noted that there was a miscommunication on that issue, but then mentioned that students may attend summer school as if it were an extra semester. Giordano, upset with Cooper not further pressing this issue, explains why he feels this is a nugget that should’ve been drilled down on.

Archbishop Nelson J. Perez of the Philadelphia Archdiocese returns to the Dom Giordano Program for a check-in on Ash Wednesday. First, Perez discusses the idea of ashes themselves, and the visibility that comes with the holiday, with Giordano noting that Ash Wednesday may be the biggest holiday for Catholicism from an optics standpoint. Then, Perez discusses his strategy for opening during the pandemic, telling that he’s left it largely up to the individual parishes to decide what’s best. Also, Perez discusses the new edicts by the Catholic Church hierarchy regarding fasting and meat-eating during Lent, and updates the audience as to whether or not Philadelphia Catholics have largely returned to church in-person.

Patrick Rosenello, Mayor of North Wildwood, NJ, joins the Dom Giordano Program to discuss his decision that’s making news to move forward with a St. Patrick’s Day parade on the holiday. Rosenello reveals that at first, he and the town were going to cancel the parade. Then, multiple Irish-American heritage groups came out against the proposition, arguing that a religious exemption can be made to hold outdoor events. After consideration, the Mayor decided to agree with the groups and go forward with the parade. Also, Rosenello discusses his checkered past with New Jersey Governor Phil Murphy, after a dispute during the tourism season last year over dunes and beaches.