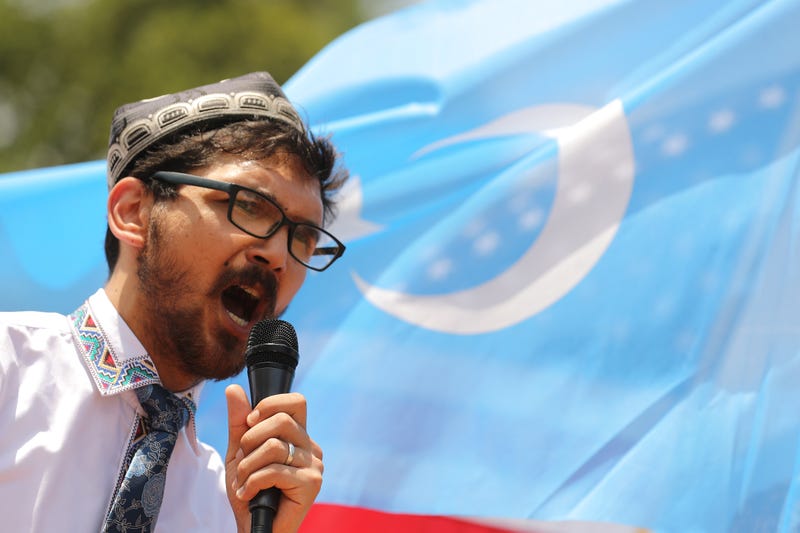 (Photo by Chip Somodevilla/Getty Images)
By The Dom Giordano Program

Salih Hudayar, Prime Minister of East Turkestan in Exile, joins the Dom Giordano Program to discuss the repeated human rights violations of communist China against the Uyghur people of the Xinjiang province. First, Hudayar gives a rundown of the history of relations between China and the Uyghur people, taking listeners back to the late 1940s when China invaded and colonized the area. Then, Hudayar explains the fight for independence in Hong Kong, and how what is happening there is incredibly similar to what happened to the Uyghur people of East Turkestan. Finally, Hudayar discusses the relationship between his East Turkestan and the Trump administration, and forecasts how he hopes to work with the Biden administration moving forward.

Ian Smith, co-owner of Atilis Gym in Bellmawr, NJ, rejoins the Dom Giordano Program to discuss New Jersey’s decision to seize the gym’s legal defense fund amid a continued resistance to Governor Murphy’s Coronavirus edicts and fines. Smith tells Giordano that this is a continued effort by an overbearing government to show their power over the regular citizen. Smith reveals that the State has seized 100% of their legal funds, an amount totaling over $173,000. The New Jersey Attorney General’s office told Fox News that the $165,000 in reportedly frozen assets are the result of a bank levy having been issued due to Trenton’s collection efforts as part of the enforcement of a judicial order. Finally, Smith tells how he plans to fight back against a Government that can use such power to seize funds in the way that Murphy has.

Neal Zoren, entertainment critic, returns to the Dom Giordano Program for his bi-weekly check-in, discussing everything on television. First, Zoren and Giordano discuss the 50th anniversary of All in the Family, discussing the social commentary effusive in the show, and other sitcoms that handled social issues in a similar manner to arguably the best of all time. Then, Zoren gives his suggestions for what listeners should watch, discussing the new Disney+ time-bending series Wandavision, and The Dig on Netflix with Ray Fiennes and Carrie Mulligan.

sports
Brandon Marshall warns Cowboys not to swap Dak with Russell Wilson: 'Grass isn't always greener'
news
Study: American pregnant women uncertain of COVID-19 vaccine, global moms-to-be not hesitant
sports
Cowboys, Raiders, Bears among the favorites to trade for Russell Wilson
music
Watch Dolly Parton get the vaccine, 'a dose of her own medicine'
news
Biden says US will be able to vaccinate all Americans by end of May, moving up timeline two months
music
WATCH: Netflix releases 1st trailer for documentary on college admissions scandal