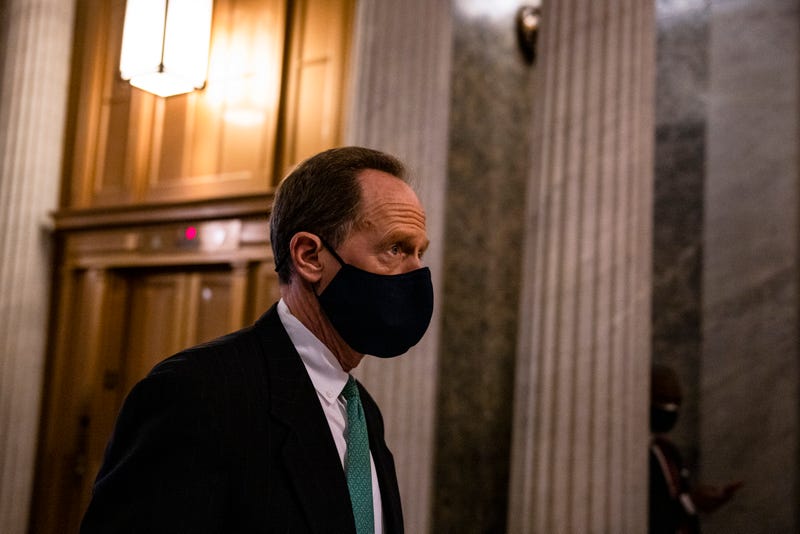 Michael Harrison, Publisher and Editor of Talkers Magazine, joins the Dom Giordano Program to reflect upon the life and illustrious career of the late Rush Limbaugh. First, Giordano and Harrison discuss Rush at the height of his fame, when regularly around the country fans were holding listening parties in ‘Rush Rooms.’ Then, Harrison discusses the controversy that surrounded Limbaugh’s skyrocket to fame, as program directors around the country figured how to deal with topics that haven’t been brought to the airwaves before. Also, Harrison and Giordano discuss Limbaugh as an innovator and trailblazer, and Harrison tells the audience, as an expert in talk radio, what it was that made Limbaugh so great.

Senator Pat Toomey rejoins the Dom Giordano Program to discuss his vote of ‘guilty’ in the second impeachment trial of Donald Trump. First, Giordano presses Toomey on his argument of constitutionality in his vote. Toomey has justified his vote by arguing that in the constitution, it is written that the Senate has ‘the power to try each impeachment,’ even of former Presidents. Because the House clearly impeached the President, according to Toomey, it was his responsibility to approach the trial with a free, unbiased mind. Then, Giordano asks Toomey about the definition of ‘incitement,’ to which Toomey replies that it is of utmost importance to look at what the President did after the election, with continual claims of an election being stolen.

Allen West, Chairman of the Republican Party of Texas, joins the Dom Giordano Program to update how he’s making his way through a snowstorm that has caused rolling blackouts and dangerous conditions throughout the largest state in the continental United States. First, West tells of the policies and problems that have put the state’s electrical grid into the condition that’d allow blackouts, and explains how the state’s overdependence on wind energy was a large contributing factor to the current conditions.

Legendary broadcaster Jim Bohannon returns to the Dom Giordano Program to discuss the passing of all-time great host Rush Limbaugh. First, Bohannon discusses the bond between Limbaugh and his listeners, explaining how a host can develop such attachment to an audience and explaining why it set him apart from other conservative hosts. Then, Bohannon and Giordano discuss the negative media coverage of Limbaugh’s death, with newspapers throughout the country running hateful reflections on the life and career of Limbaugh. Also, Bohannon discusses the process behind nominations for the Radio Hall of Fame, and why Philadelphia legend Sid Mark is deserving of a spot in the Hall of Fame.