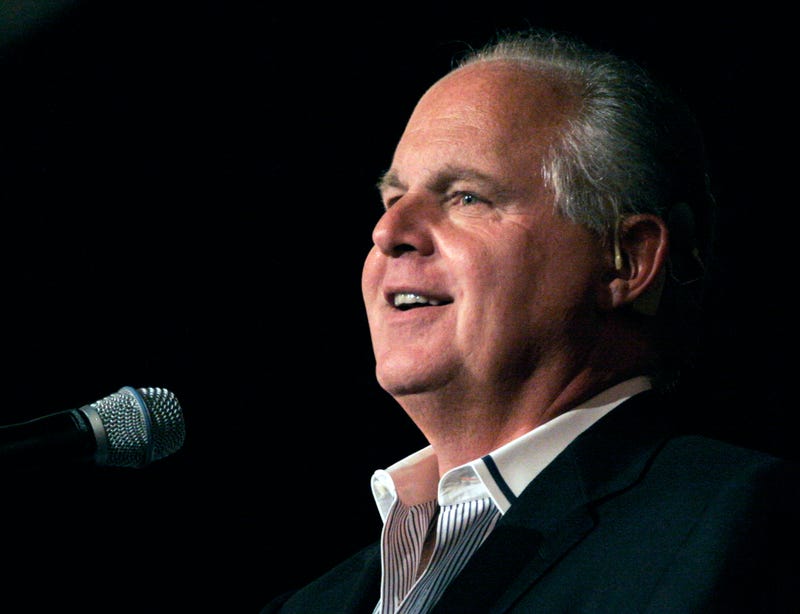 Today I lost a friend. A friend I never met personally but who talked to me each and every day. I owe that friend a great debt of gratitude. I owe my career to him.

It was the summer of 2008 when my then fiancé and I were on vacation in Cape May, New Jersey. The New York Times Magazine had a feature on Rush Limbaugh. Sitting on the porch of that beautiful Victorian home, I read all about the triumphs and tribulations of Rush. I grew up listening to him but now I was reading from a different perspective, the perspective of someone who wanted to follow in his footsteps.

Let me first say that there will never be another Rush Limbaugh. He is simply irreplaceable. I am under no illusion that his talent, on loan from God, comes around more than once in a lifetime. But I owe my career to Rush Limbaugh and so does each and every broadcaster in America. He didn’t just succeed in talk radio, he created talk radio. He didn’t just talk for a living, he created the platform by which an unseen person could talk to you and you would feel like you were listening to your best friend.

After President Ronald Reagan (Ronaldus Magnus) destroyed the fairness doctrine, radio was no longer constrained by the need to hear from both sides. At a time when talk show hosts only wanted to be considered for either morning or afternoon drive, Rush decided to host a midday show from 12-3pm. This was unheard of in the radio industry. How could you possibly build an audience in the middle of the day?

There were other great talk radio hosts. The legendary Bob Grant comes to mind. But you have to understand that was not a national talk show host. There were national shows, but there was not a singular broadcaster who would talk one-on-one to the listener.

The most common statement I hear from my listeners today is “Rich, it feels like I lost a true friend.” That’s what it is like when you are in a car by yourself or sitting in your office listening to Rush and he was talking directly to you. You weren’t passively listening to a show, you were intimately engaged. You wanted to hear his take on the issues and often times you looked to him for guidance in forming opinions because he took the time to sort it out for you. He did you that favor.

He also validated your feelings. For conservatives who so often have to walk around in a defensive posture of feeling judged for being deplorable, Rush made you feel okay to love America, to love God, to be proud of your conservative beliefs. From 12-3pm, you didn’t have to apologize for who you were or what you stood for. You had a friend who agreed with you and he was talking right to you.

Rush didn’t have a co-host or sidekick so it was just you and Rush and occasionally a caller. That is the most difficult radio to do and also the most true to the genre of talk. We don’t listen to the radio in groups, we listen individually. Rush spoke to 20 million Americans a day, one person at a time. He spoke directly to me. He talked to me.

There is a very loud silence today. I know that sounds like a contradiction but it is true. I can hear the silent void he leaves behind and I know there is no one person who can ever fill that void. There will never ever be another Rush Limbaugh but there will be other great broadcasters. That will be his legacy.

I am able to live my dream every day because Rush created this genre of radio. Thousands were inspired by him and tried their hand at radio. They soon learned how difficult it is to do a compelling radio show for three hours a day. Many others persevered because he persevered. There were times I wanted to give it up because I thought there was no way I could succeed but I remember Rush telling me how many times he was fired along the way. Stations that dropped him along the way. Terrible things were said about him along the way. I kept going. I kept talking. I kept broadcasting.

I won’t ever stop talking. Rush would never want that. Though I never met him, he was my friend. You know exactly what I am talking about. So I’ll keep talking even when they try and silence me. Even when the going gets tough and I want to quit. Even when they say talk radio is dead. I will keep talking. Because as long as I know there is at least one person listening, I know that I have an audience. After all, Rush spoke through that Golden EIB microphone and I know he was talking only to me.

God Bless you, Rush. Thank you for talking to me every day. And thank you for enabling me to live my dream.