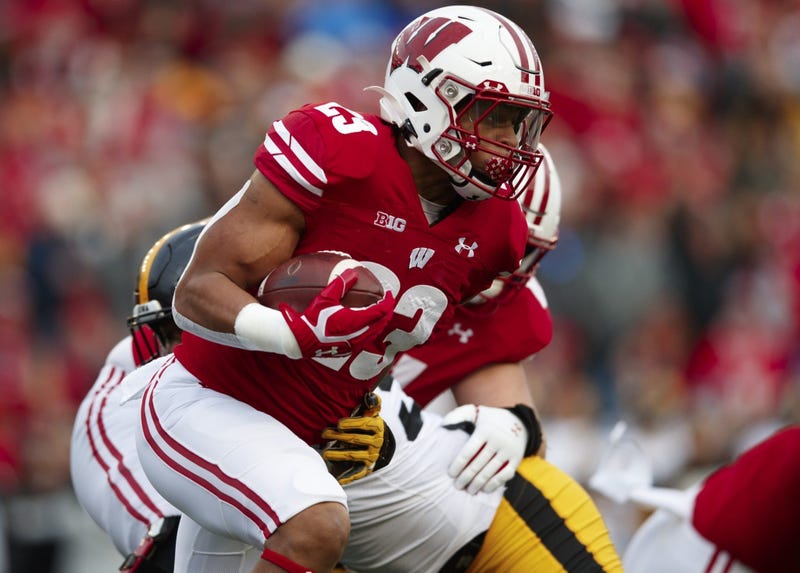 MADISON-- The Wisconsin Badgers edged out a close one against the Iowa Hawkeyes on Saturday, winning the Heartland Trophy with a score of 24-22.

The Badgers were helped significantly early on by Danny Davis III who scored the first two Badger touchdowns.

The first was a 17-yard rush that put the Badgers in the lead 7-3. After aniother field goal for the Hawkeyes, Davis III would do it again; this time through the air.

There have been two TDs in the Iowa-Wisconsin game.Danny Davis has scored both, one on the ground and one through the air.@DDIII_7 | @BadgerFootball pic.twitter.com/BGHKIfkVlx

Wisconsin took a 14-6 lead into the halftime break. They would come out with a huge 27-yard TD pass that put the Badgers up by two scores.

Badgers boost the lead! ----@QoDeep_87 with a big-time touchdown late in the third quarter!#OnWisconsin || #Badgers pic.twitter.com/g8VhvlFN7r

The Hawkeyes would the march down the field on back-to-back possessions and score 10 unanswered points, cutting the lead to just 21-16 in the fourth quater.

Wisconsin responded with a 37-yard field goal to put the lead back up to 8 with under four minutes to play.

It didn't take long to show the importance of that field goal as the Hawkeyes scored a touchdown right away with a 75-yard pass from Nate Stanley to Tyrone Tracy Jr.. Iowa went for two, but were held short as Stanley attempted to scramble up the middle for the conversion but was stuffed by the Badgers defense.

That would be enough for Wisconsin as they'd run the clock out and win the rivalry game 24-22 keeping their Big Ten Championship Game appearance hopes alive.

The Badgers will now need to root for Iowa to beat the undefeated Minnesota next week to set up a huge matchup at the end of the year between the Golden Gophers and the Badgers.