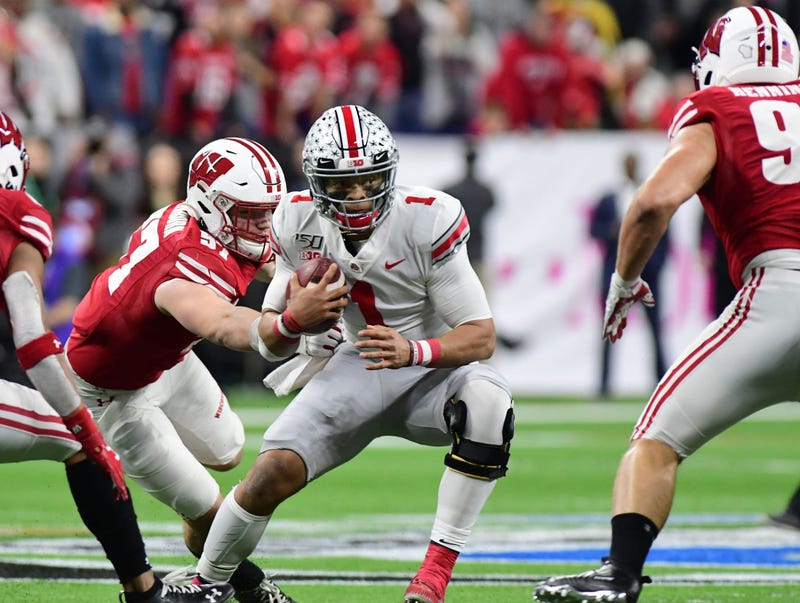 The Wisconsin Badgers were unable to hold a 14-point lead in the second half, as they fall to #1 Ohio State in the Big Ten Championship Game 34-21.

Wisconsin played an outstanding first half on both sides of the ball before allowing the Buckeyes to score 27 unanswered points in the second half.

- J.K. Dobbins gashed the Badgers for 172 yards on the ground with a score.

While it was clear Wisconsin played better against OSU the second time around, the Badgers simply couldn't contain them for the entire game. Paul Chryst and the offense showed so much creativity and trickery in the first two quarters. There was better protection from the offensive line while also creating gaps for Jonathan Taylor. That all evaporated in the second half with greater pressure from the Buckeyes' stellar defensive front.

On the flip side, the Badgers defense kept Justin Fields in check early, sacking him three times. Ohio State opened with three straight trips into Badgers territory without scoring. However, senior linebacker Chris Orr left with a head injury, and that might have taken some of the momentum away. In the second half, missed tackles, lack of pressure, and busted coverage resulted in OSU pulling away.

So how does the CFP committee see it? How does the Rose Bowl committee view it? We'll find out where the Badgers are going next for their bowl game....