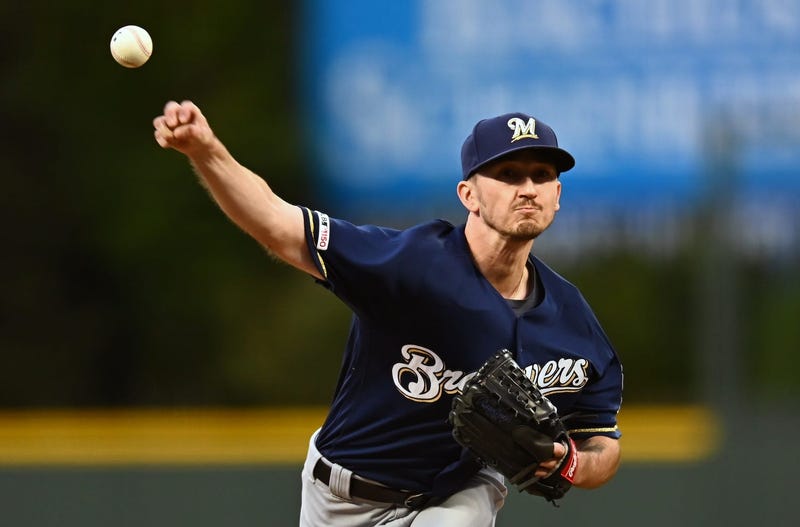 The Brewers and Padres agreed to a surprising trade this morning, with the Crew shipping out rotation mainstay Zach Davies and young outfielder Trent Grisham and the Friars sending out 22 year old 2B/SS Luis Urias and 24 year old lefty starting pitcher Eric Lauer.

Jon Morosi had the deal first, originally thought of to be a trade of just Grisham:

Ken Rosenthal quickly had the rest of the trade, minus a slip up on the second name going out from the Crew:

Urias looks to be in line for the starting shortstop job, with Orlando Arcia struggling much of last year. Urias, still only 22 with some Major League experience, is only months removed from being one of the best prospects in baseball, our Milwaukee Baseball Insider Adam McCalvy relays:

Luis Urias was No. 16 on @MLBPipeline's Top 100 prospects list in January 2019. He comes to the Brewers with 120 days of MLB service, so they'll get six years of control.

Meanwhile, Eric Lauer, a former 1st round pick in 2016, has put forth two seasons as a starter in the MLB with the Padres, with a career 14-17 record and 4.40 ERA in 53 games (52 starts). He figures to slot in to the Brewers rotation right away, and at 24 years old with under two years of service, he is a controllable asset for the Brewers.

Zach Davies came to the Brewers in a 2015 trade with the Orioles that sent Gerardo Parra to Baltimore. Davies made his MLB debut later that season at 22 years old and ended up starting 111 games over five seasons for the Crew, with a 3.91 ERA. But his arbitration salary was probably a bit more than the Brewers were comfortable paying, and the Brewers decided to go to a younger, more controlled asset in Lauer.

Grisham getting dealt is a bit of a surprise, with the 2015 1st round pick finally experiencing some success in the minors last season, that led to his promotion to the big league squad. The move seems like a need for need swap, as the Brewers get a middle infielder with elite potential, and the Padres get a great outfielder in Grisham, who can fill a vacant hole in centerfield, and also provide a decent bat in the lineup.

And by the way, notice the position on Luis Urías: shortstop. The Brewers are expected to play him there, and if he can hit like he did in the minor leagues and play the position capably, that’s an elite player. And it should be, because Trent Grisham is quite good himself.