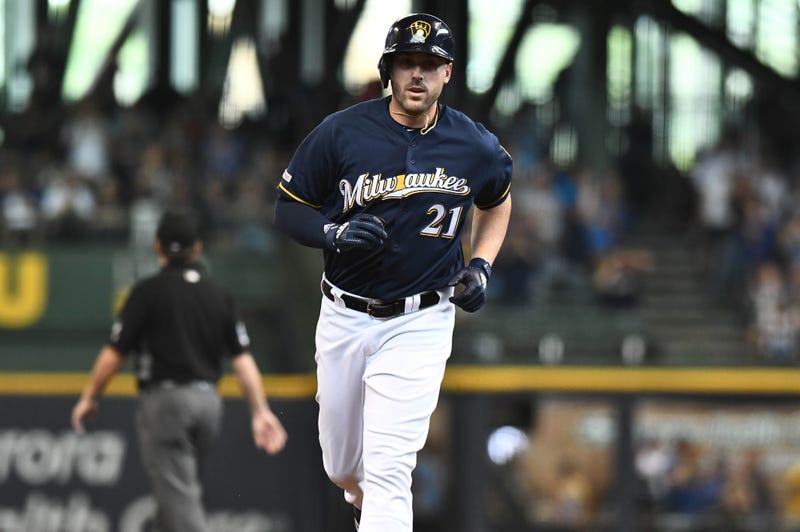 August 10, 2020 08/10/2020 10:03 pm
The Milwaukee Brewers made a plethora of moves at the non-tender deadline, cutting ties with five players, and avoiding arbitration or tendering the remaining five players.

Without their former all-star and starting third baseman in Moustakas, Travis Shaw was a candidate to fill that void in the infield. However, the Brewers decided to non-tender Shaw at the deadline after batting a career-low .157 AVG and numerous stints in AAA - San Antonio this past season.

Another surprising decision was to non-tender former starting pitcher, Jimmy Nelson.  Nelson finally worked his way back to the big leagues this past season after a lengthy rehab of recovering from a shoulder injury that he suffered in 2017.

Tyler Saladino, Junior Guerra, and Alex Claudio were the remaining players to be non-tendered by the team.

An hour before the non-tender deadline, the Brewers decided to avoid arbitration with Orlando Arcia by signing him to a one-year deal worth $2.2 million.  Arica's future was cloudy after the team acquired shortstop, Luis Urias, in a deal from the San Diego Padres for Zach Davies and Trent Grisham.

Despite trade rumors surrounding Josh Hader, the Brewers tendered the two-time all-star and two-time reliever of the year.

Ben Gamel, Corey Knebel, and Brent Suter were the remaining players to be tendered contracts by the Brewers.

Brewers GM, David Stearns announced shortly after the decisions were made that the idea of retaining some of the players who were cut loose wasn't dismissed.

David Stearns on Brewers non-tenders today: "With all of these players, we haven't closed any doors."

David Stearns will join the Wendy's Big Show on Thursday at 5 p.m. to discuss these moves and the remainder of the offseason.

We'll also discuss all of this and more on The Fan, Tuesday night 6-8 p.m, on the first episode of Hot Stove Weekly with Tim Allen and former Brewers' reliever Paul Wagner.