Quietly, Marvin Jones Jr. has racked up over 6,000 receiving yards during eight NFL seasons split between the Cincinnati Bengals and Detroit Lions.

Perhaps the reason that being such a shocking note is that while Jones was on teams that reached the postseason in each of his first four healthy NFL seasons, he's never been part of a team that's advanced past the Wild Card Round. Over the last three years, the Lions have won just 14 total games.

So it's fitting then that Jones, who will turn 31 in March, said earlier this week that he hopes to join a team that would allow him to have some postseason success during his remaining years in the league.

The Lions could very well use the franchise tag on Kenny Golladay, but make no mistake, Dan Campbell and company are entering what's likely a complete rebuild. A return to Detroit wouldn't really make sense for anyone involved.

With that in mind, Jones will become a very intriguing target in free agency for contending teams this offseason. Here's five potential landing spots for the former Cal standout: 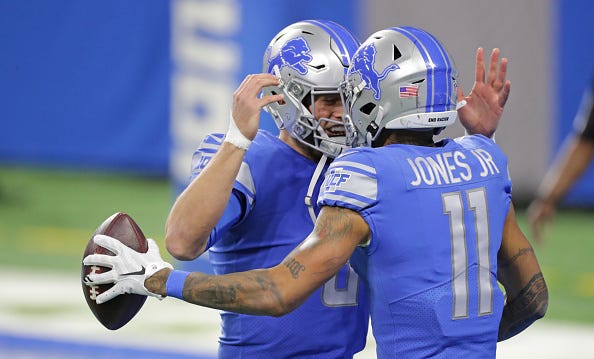 For whatever issues there were in Detroit that didn't allow the Lions to succeed over the past few years, Matthew Stafford likely wasn't one. At least that's the bet that Sean McVay and the Rams have made. Jones and Stafford had a good rapport and as Graham Barfield of Fantasy Points noted, the Rams are in need of someone that can take the top off of defenses. The Rams aren't currently in an ideal cap situation, but if they can make the finances work, Jones would be a strong addition as they attempt to win a Super Bowl. 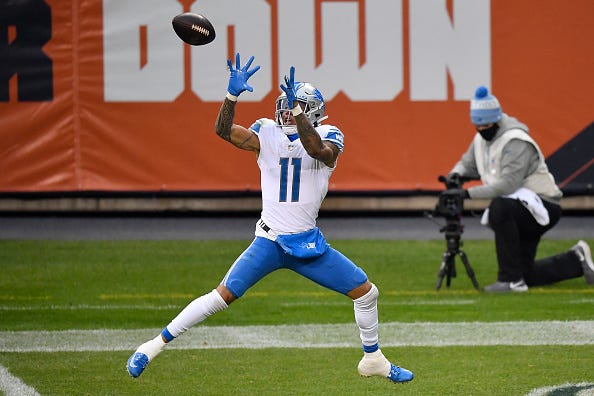 Unquestionably, priority No. 1 in Washington needs to be figuring out how to proceed at quarterback. That said, Washington snuck into the postseason as the champions of the lowly NFC East in 2020, and there's a lot to like about the rest of their roster. Ron Rivera's defensive unit - led by Defensive Rookie of the Year Chase Young - was a top-five unit this past season. With Terry McLaurin, Antonio Gibson and J.D. McKissic, there's quite a bit of young skill position talent on the offense. Jones would give Washington a legitimate No. 2 wide receiver, and depending upon what they do at quarterback, potentially help them return to the postseason for a second consecutive season in 2021. 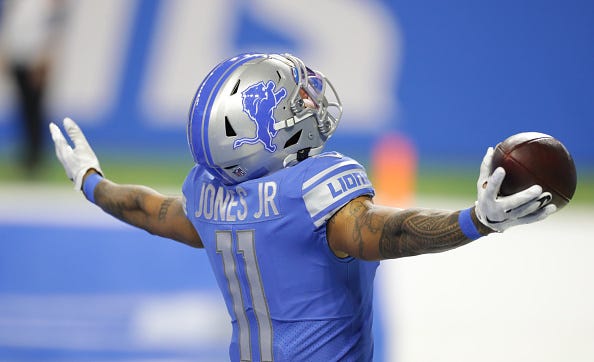 As noted above, Jones played collegiately at Cal, about a half decade after Aaron Rodgers did the same. DeVante Adams was an All-Pro in 2020, but by the NFC Championship Game, it became clear that the Packers were a bit too dependent on Rodgers and Adams making magic happen. The Packers are another team that would need to free up cap space to be able to make a serious run at Jones, but if they could clear that hurdle, he might be the type of piece that puts the team over the top. 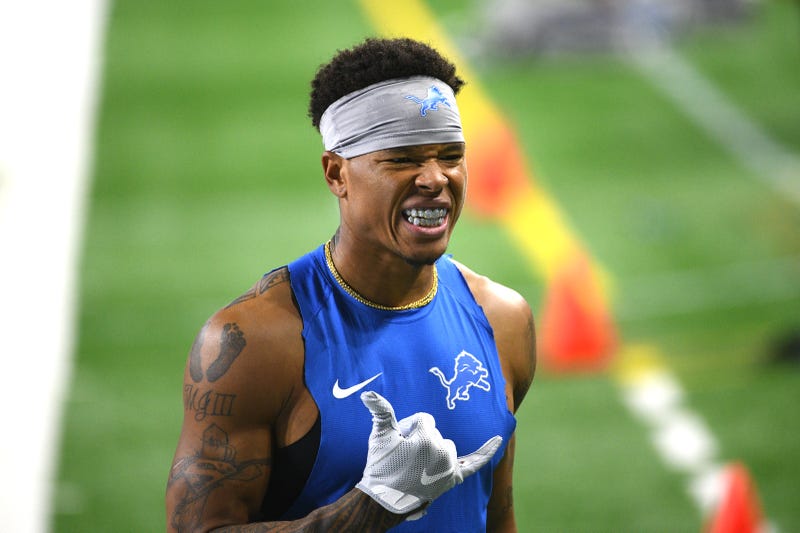 It's debatable whether the Patriots qualify as contenders currently, though they're still coached by Bill Belichick, have over $62 million of cap space to play with this offseason and also possess the No. 15 overall pick in the 2021 NFL Draft. If they figure out a solution at quarterback, could the Patriots convince Jones to join? Perhaps. They figure to be in on every major free agent, including Chris Godwin. Frankly, though, they probably need to make multiple impact additions at the position. 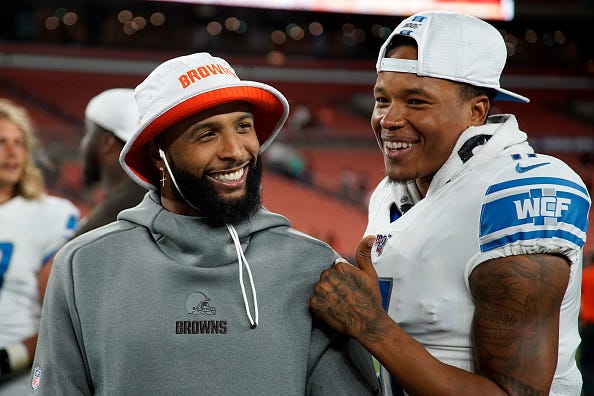 Odell Beckham Jr. is under contract for 2021 with the Browns, and should the team bring him back after he missed much of the 2020 season with a torn ACL, this won't happen. However, the Browns reached the AFC Divisional Round without Beckham, so you wonder if they'd part with Beckham if the right offer is presented to them this offseason. If that happens, Jones could be an intriguing addition to Baker Mayfield's receiving corps, which already includes Jarvis Landry and Austin Hooper, on top of the team's dynamic running game. As is, the Browns are projected to have just over $20 million of cap space to work with this offseason.