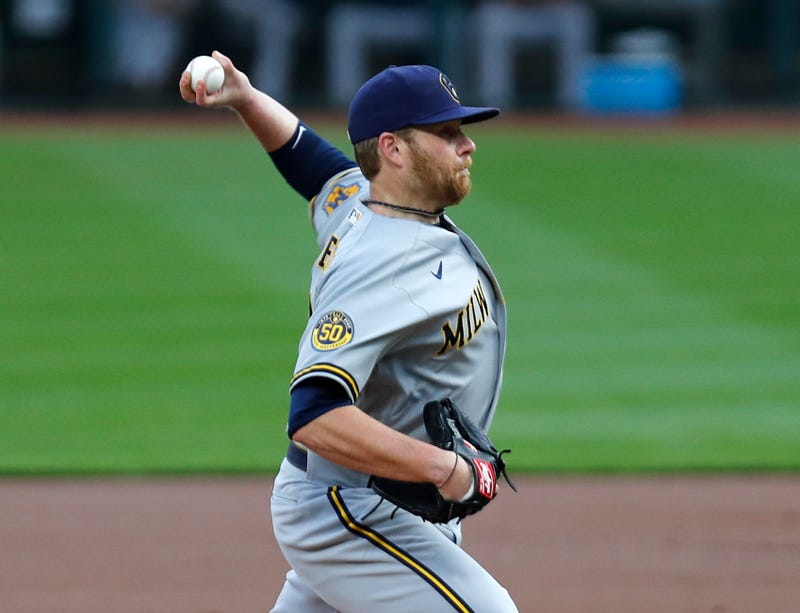 The Milwaukee Brewers find themselves in a virtual tie with the Cincinnati Reds in the NL Wild Card after winning game two of this three-game series on Tuesday, 3-2.

Brett Anderson pitched one of his best outings of the season when it mattered the most. The only runs of the game for the Reds came in the 1st inning off of a two-run home run by Nick Castellanos. Anderson would lock in for the remainder of the game by finishing with a line of six innings pitched, giving up one earned run on four hits, allowing no walks, and striking out seven batters to earn his fourth win of the season.

Tyrone Taylor got the Brewers on the board in the 5th inning with a solo home run, his second home run of the season.

Orlando Arcia and Eric Sogard gave the Brewers the lead in the 7th inning. Arcia ended up driving a run in after a sacrifice fly, followed by an RBI double from Sogard.

Anderson would hand the ball off to Devin Williams and Josh Hader with a one run lead to start the 7th inning. Williams continues to dominate in 2020 by striking out five batters through two innings. Williams wound up striking out the side in the 8th inning, all via the changeup. Josh Hader earned his eleventh save of the season by striking out two batters in the 9th inning.

Tim Allen recapped Tuesday's win on the Bayview Shade & Blind Postgame Show. Make sure to tune in to The FAN before and after every Brewers game for the best Brewers coverage.