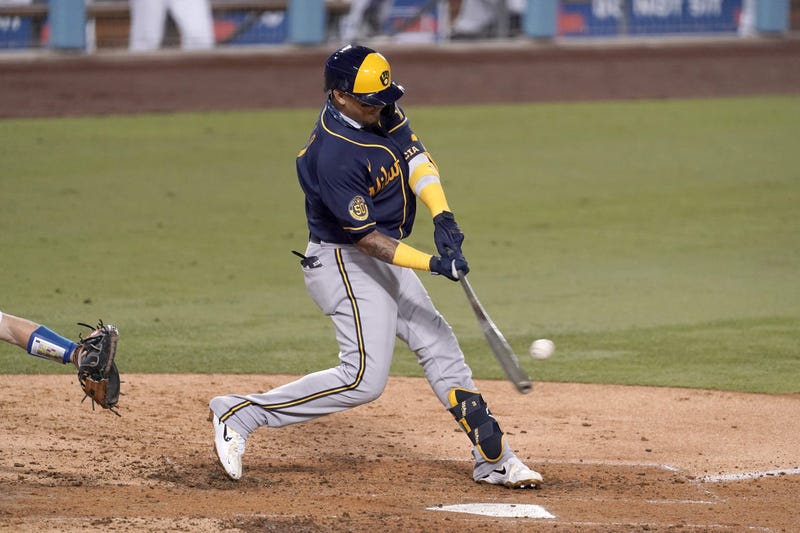 The Milwaukee Brewers fall to the Los Angeles Dodgers in game one of the NL Wild Card Series by a score of 4-2. The Brewers fell behind early and were not able to overcome the early deficit.

Brent Suter took the mound for the Brewers tonight and struggled early on with his command. Suter, who had only walked five batters all season, walked four batters in the first inning and walked his fifth batter in the 2nd inning before being pulled from the game. Suter was only able to record 5 outs before being pulled for Eric Yardley in the 2nd inning. Suter finished with 3 hits, 3 earned runs and 5 walks in 1.2 innings.

The Brewers bullpen was strong tonight as Yardley went 2.1 scoreless innings in relief after Suter was pulled from the game. After Yardley, Justin Topa came into the game and pitched 2 scoreless innings and gave up just 1 hit.

In the 4th inning, Orlando Arcia cut the Dodgers lead to 1 with a 2-run homerun. The homerun by Arcia moved him to a tie for 1st with Prince Fielder for postseason homeruns hit by a Brewers’ player with (4).

The Dodgers were able to tack on a run in the 7th inning as Corey Seager took Freddy Peralta deep for a solo homerun to extend the Dodger lead to 4-2.

The Brewers and Dodgers will face off for game two Thursday night.
Brandon Woodruff will square off against Clayton Kershaw for the Dodgers. First pitch is set for 9:00 PM.

Tim Allen recapped the win/loss on the Bayview Shade & Blind Postgame Show. Make sure to tune into the FAN before and after every game for the Best Brewers coverage.