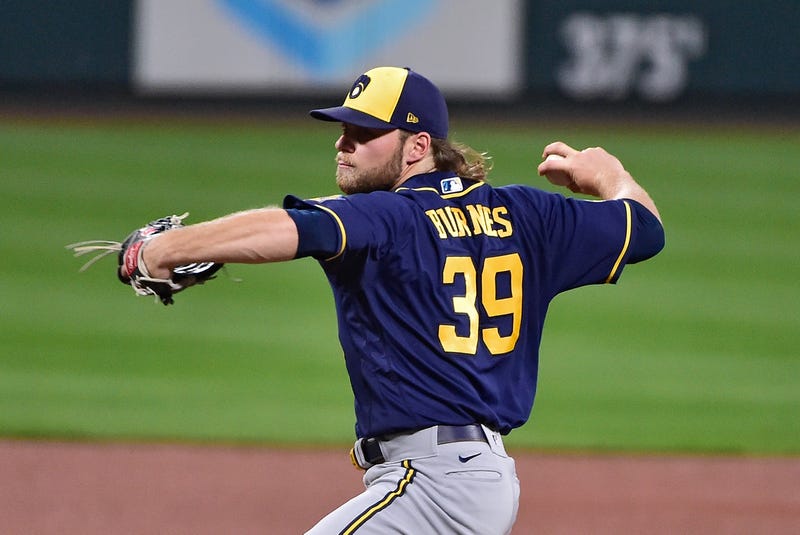 The Milwaukee Brewers' playoff odds took a hit after Thursday's loss to the St. Louis Cardinals, 4-2.

Corbin Burnes exited the game early due to lower back discomfort. After making a strong case for the NL CY Young award in his last outing, Burnes' bid for the award took a hit after he was charged with his first loss of the season by allowing three earned runs in 3 and 2/3 of an inning.

Tyrone Taylor and Eric Sogard would drive in the only runs of the game for the Brewers as the offense struggled to get much going once again. The Brewers finished the game with nine runners left on base and hitting 2-9 with runners in scoring position.

As of now, the Brewers sit one game behind the San Francisco Giants for the final NL Wild Card spot with four games to go.

news
Stimulus checks: Will another round be approved after Election Day?
music
Kelly Clarkson dressed up as an iconic Meryl Streep character for Halloween
music
RADIO.COM LIVE Check In: ARASHI is getting the party started with a fresh new single
sports
Braves reportedly have interest in Adam Wainwright
news
Trump says vaccine coming in 'a couple of weeks' will end pandemic 'quickly'
music
Carrie Underwood feels the love in son Isaiah's heart on 'The Little Drummer Boy'