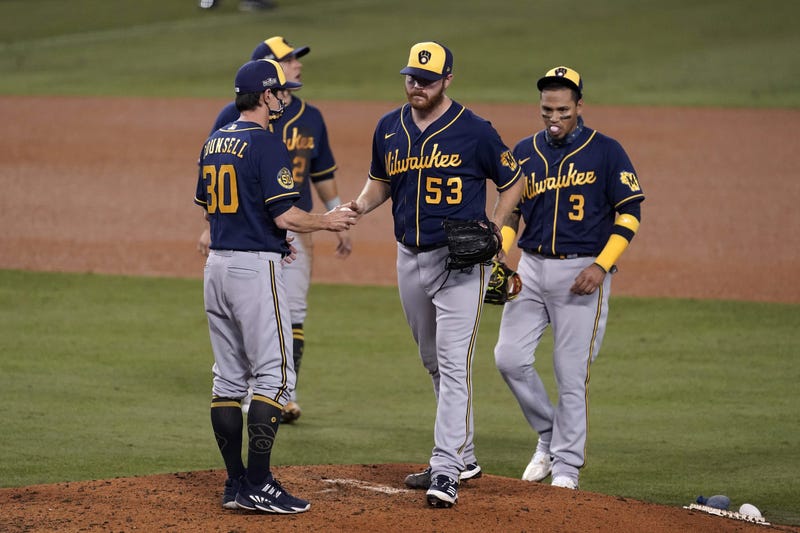 The Milwaukee Brewers 2020 season has come to an end following a 3-0 loss to the Los Angeles Dodgers in game two of the NL Wild Card Series.

The Brewers offense was unable to get anything going tonight against the Dodgers starter Clayton Kershaw. Kershaw went 8 innings, giving up just three hits, while striking out 13 Milwaukee hitters.

For the Brewers, Brandon Woodruff started the game with four scoreless innings. In the 5th inning, things started to unravel for Woodruff as he would surrender 3 runs to the Dodgers after recording two outs in the 5th.

Josh Hader would come in to relieve Woodruff in the 5th inning and got out of it with no more damage. He would finish with 1.1 innings, no hits and two strikeouts in that time. Adrian Houser went the final two innings for the Brewers, giving up just one hit and one walk in that time.

The Brewers will look to bounce back in the 2021 championship season.

Tim Allen recapped the loss and the season on the Bayview Shade & Blind Postgame Show. Make sure to tune in Tuesday night at 6 PM for the 2020 Brewers Retrospective as we take a look back at how the season unfolded.