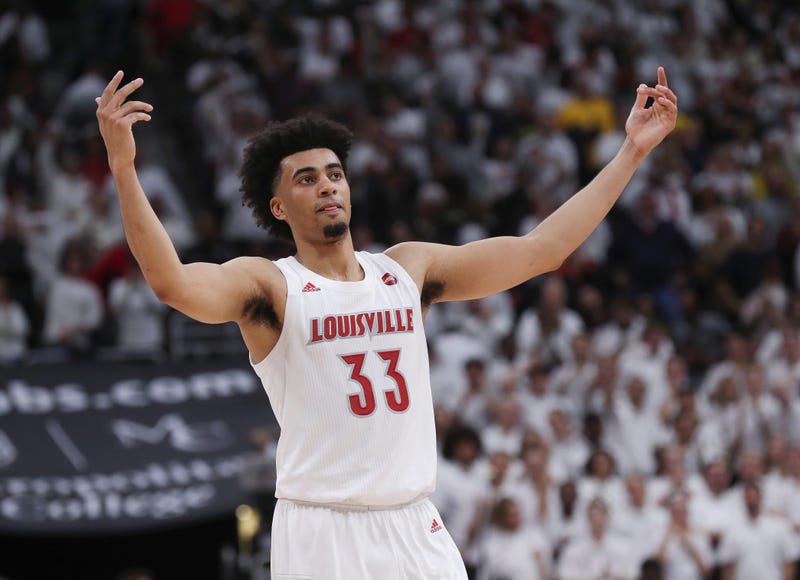 The Milwaukee Bucks had to wait until the 45th pick to make their first selection of the 2020 NBA Draft.

Milwaukee acquired the 45th overall pick from the Orlando Magic hours before the draft in a pick swap.

The Bucks selected Jordan Nwora out of Louisville with the 45th pick.

The 6-foot-7, 22-year old averaged 18 points per game and shot 40% from beyond the arc in his final year at Louisville.

The Bucks acquired the 60th pick of the draft in the Jrue Holiday deal and selected 6-foot-5 guard Sam Merrill out of Utah State.

Technically the Holiday deal will be made official on Friday, but Merrill to Milwaukee is all but done.