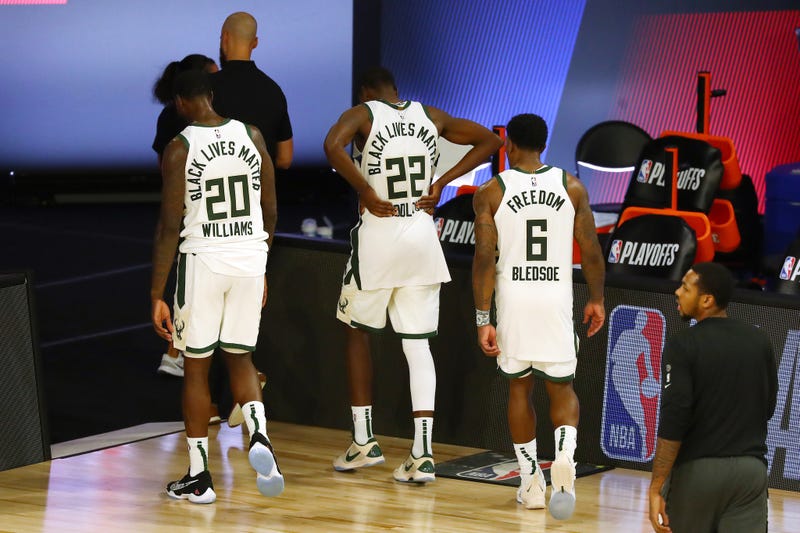 Orlando, FL - The Milwaukee Bucks season and bubble experience has come to an end in unceremonious fashion with a 103-94 loss to the Miami Heat. A loss that wraps up the Eastern Conference Semifinal series between the two teams with Miami winning 4-1.

The Bucks put up a fight for the better part of two games without their star and MVP, Giannis Antetokounmpo. Khris Middleton led the Bucks in scoring with 23 points but couldn't quite muster up some of the clutch shots in Game 5 as he did in Game 4. Donte DiVincenzo had 17 points after being implemented into the starting lineup in place of Antetokounmpo.

Ultimately, the season comes to an end short of the championship aspirations the team had all throughout the season.

Check out Steve "Sparky" Fifer on the Pick N' Save Pro Hoops Post Game Show below!