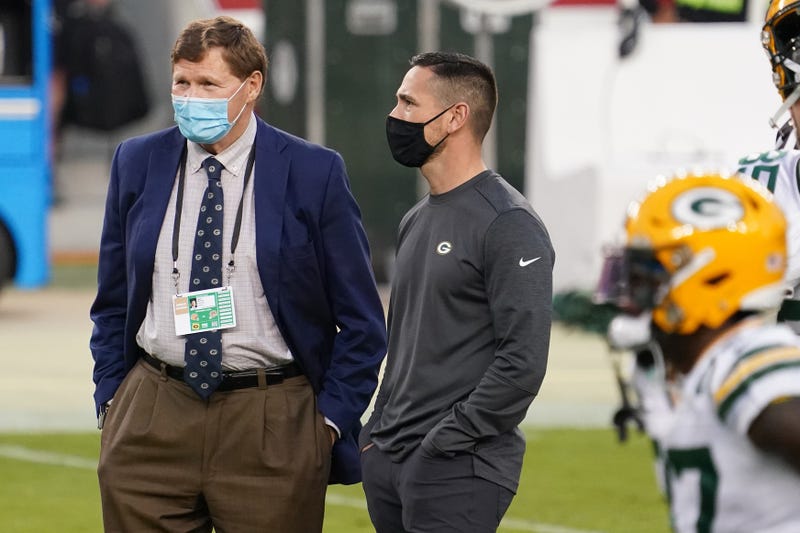 The Packers were the talk of the NFL world last April, after they traded up and drafted Utah St QB Jordan Love with the 26th pick in the draft. Aaron Rodgers, a career Packer, and one of the best players in franchise history, would most likely not be finishing his career in Green Bay.

During the 2020 season, Aaron produced one of his best statistical seasons ever, en route to his third career MVP, and first since 2014, and the team finished just shy of the Super Bowl for the second year in a row.

This offseason is set to be a very important one, as multiple key players are up for free agency, and the foundation of the future will depend on this offseason.

Aaron has spent most of the year talking about how much he wants to stay in Green Bay, but the national media has been trying to spin his recent comments a different way, that he's disappointed in the Packers not giving him enough help, and that he wants more guarantees for the future.

How do you think the Rodgers/Love saga will end? When do you think, if at all, the Packers will switch to Jordan Love as the starting QB?

Andrew Brandt, former Packers VP/Host of the "Business of Sports Podcast", joined Ramie and Tim to give his thoughts on the QB situation, whether he thinks the Packers have a plan for QB moving forward, what the Packers could do this offseason, and more:

- What does he think Aaron Rodgers wants?
- Would it work well for both sides if the Packers and Rodgers re-negotiate his contract?
- Do the Packers need to make a splashy pickup in free agency this offseason, especially at WR?
- How will the Packers be able to maneuver the cap to get under the salary cap line?