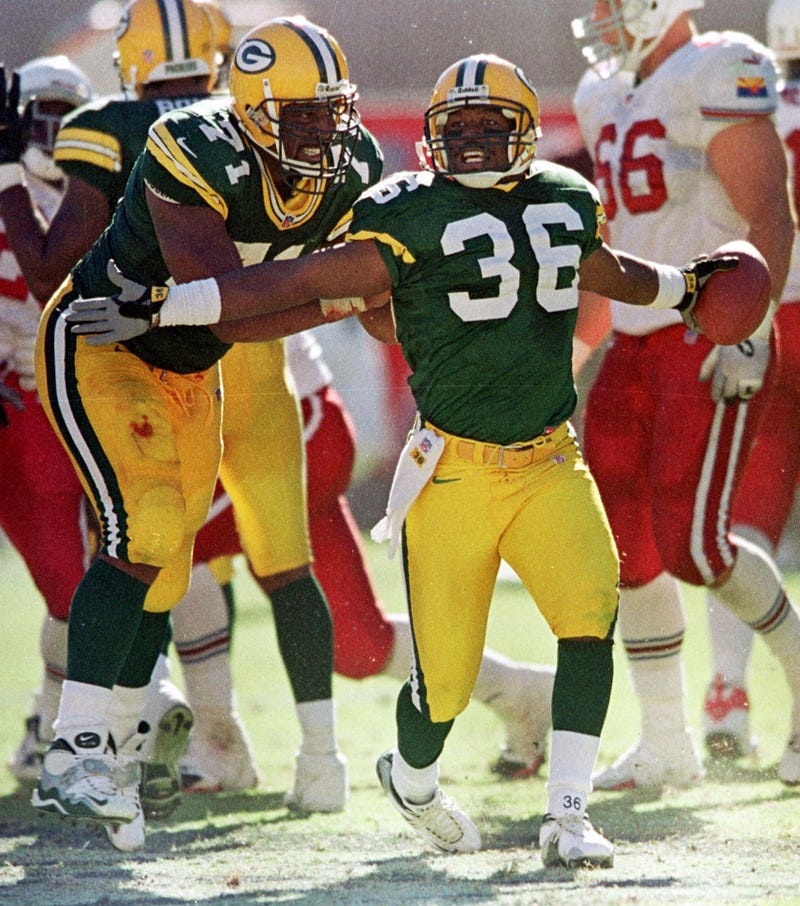 GREEN BAY – LeRoy Butler has been named a finalist for induction into the Pro Football Hall of Fame in Canton, Ohio. The former Packers safety will be among 15 former NFL players considered later this month for the Hall of Fame’s class of 2021.

Last year marked the first time the four-time All-Pro safety was among the Hall of Fame's 15 finalists.

Butler is a co-host weekday afternoons on The BIG SHOW on AM1250 The FAN, WSSP, Milwaukee.

He was a second-round pick for the Packers in the 1992 NFL Draft, after his stand-out play at Florida State. Butler grew up in Jacksonville, and overcame a disability with his legs as a youngster. He was forced to used leg braces, and use a wheelchair, in a story he revealed in the book “The LeRoy Butler Story” authored by James K. Keller, published in 2003.

During his 12 seasons in Green Bay, Butler, with the guidance of Packers defensive coordinator Fritz Shurmur, under head coach Mike Holmgren, he re-invented the safety position in the NFL.

About 7-8 years ago, a term started to emerge from NFL defenses – the “hybrid safety-linebacker.”  It was a mix of linebacker duties, along with playing safety, and required the size of a linebacker, and the speed and coverage ability of a defensive back in a 3-4 defensive front.

The Arizona Cardinals, a playoff contender then, deployed Deon Bucannon in that role. That year at the Super Bowl we interviewed countless former NFL coaches, players and analysts, including Bill Cowher, Steve Mariucci, Warren Sapp, and his former head coach Mike Holmgren.

When asked about the “hybrid safety-linebacker” fad, each of those analysts compared the position to what Butler did during the 1990’s in Green Bay.

Butler had 38 interceptions, and 20.5 quarterback sacks, making him the first defensive back in NFL history to surpass the 20-20 mark. A durable player, he competed in 181 regular season games.

A few years ago I reviewed old tapes of CBS-TV coverage of the NFL, with Pat Summerall and John Madden covering Packers games in the mid-1990’s. There were three players Madden focused on; Brett Favre, Reggie White, and LeRoy Butler.

The first two are in the Pro Football Hall of Fame.

Butler was a huge part of the Packers win over the Patriots in Super Bowl XXXI.

And one cold, frigid day, in a game against the Raiders, December 26th, 1993, Butler took a ball flipped to him by teammate Reggie White, raced down the visitor’s sidelines, pointed to the fans in the stands, and leaped over the wall into their arms to celebrate a touchdown. It was the invention of the “Lambeau Leap,” and marked the beginning of the Packers incredible run of 28 years of being considered as a playoff contender. I was there. It truly was magical.

The Class of 2021 will be determined and announced during the week leading up to Super Bowl LV in Tampa, Fla.

Mike Clemens covers the Packers & NFL for AM1250 WSSP, Milwaukee