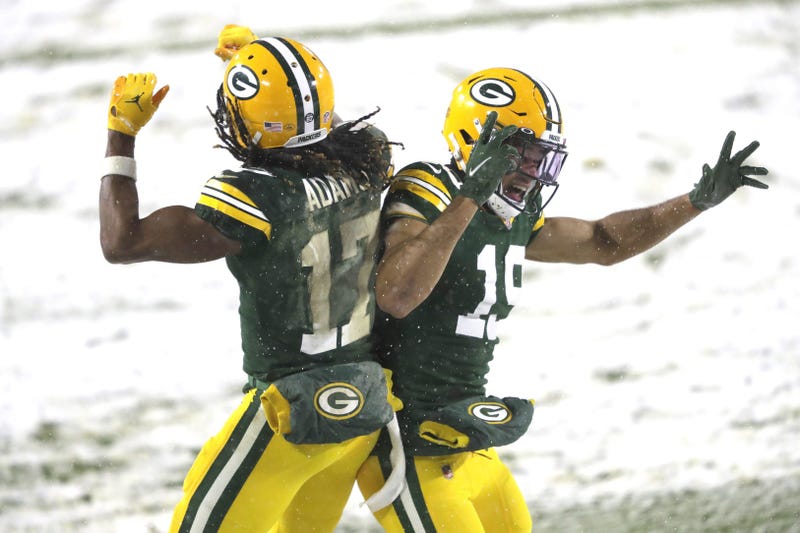 The Packers scored on their first possession Sunday night and never looked back, dropping 40 points on the Titans, en route to a 40-14 drubbing.

The Packers were led by a balanced attack, as Aaron Rodgers and Davante Adams connected on 11 passes for 142 yards and three touchdowns, and RBs Aaron Jones and AJ Dillon plowed through the Titans defense, with Jones adding 94 yards on 10 carries, and AJ Dillon had the best game of his young career, totaling 124 yards on 21 carries, and his first two career touchdowns.

The Packers defense was impressive the entire night, forcing Titans QB Ryan Tannehill to throw two interceptions (one each to S Darnell Savage and LB Christian Kirksey), and the run defense held the NFL's rushing leader Derrick Henry to only 98 yards on 23 carries, and kept him out of the endzone.

The win brings the Packers record to 12-3, and having already clinched the NFC North, the Packers can secure the #1 seed next week, with either a win over the Bears, or a Seahawks loss next week against the 49ers.

The Titans fall to 10-5, tied for the AFC South division lead with the Colts. The Titans could clinch the division next week with a win over the Texans, their first division crown since 2008.

The Packers take on the Bears next Sunday at 3:25c, we'll get you ready for Week 17 all week long here on The Fan!