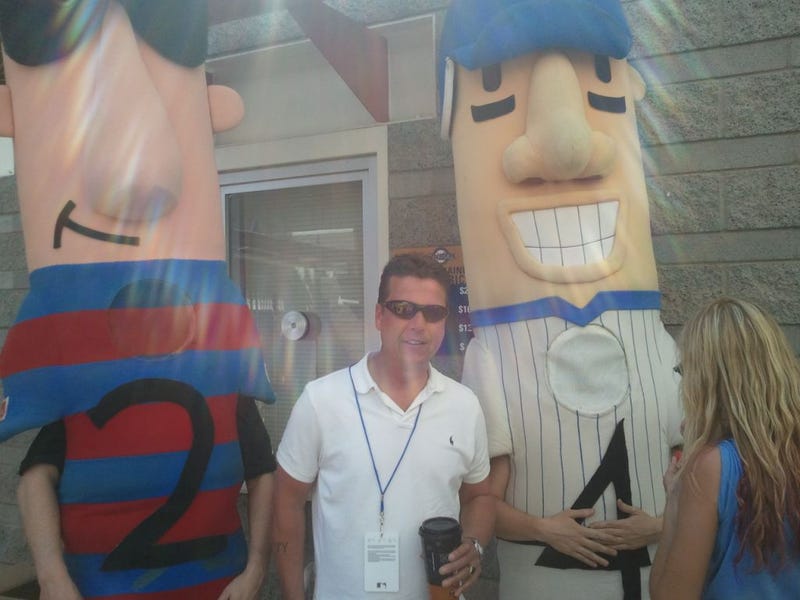 ICYMI, today was the PREMIERE of the Ramie and Tim Show, starring familiar faces Ramie Makhlouf and "The Franchise" Tim Allen!

The boys will be with you on your way home from work every Monday-Friday from 2-6
In the first hour of the show, the boys took a trip down memory lane, and broke down the Super Wild Card weekend action:

In the second hour, Ramie and Tim took a look at the action of the Wild Card weekend, and whether they're more confident or not in the Packers after watching all the games. Plus, they talked some NFL with our Radio.com Sports NFL Insider Brian Baldinger:

In the third hour, Ramie leaned on you, the listener, to tell him what lessons there are to be learned from watching this Bucks team in the regular season this year. Plus, we highlight Baker Mayfield making Colin Cowherd look stupid... again

And in the fourth and final hour, the boys break down the news of the weekend, that fans will be allowed at Lambeau on Saturday, and whether or not it's a smart idea. Plus the guys are joined by a special guest from the Wendy's Big Show...