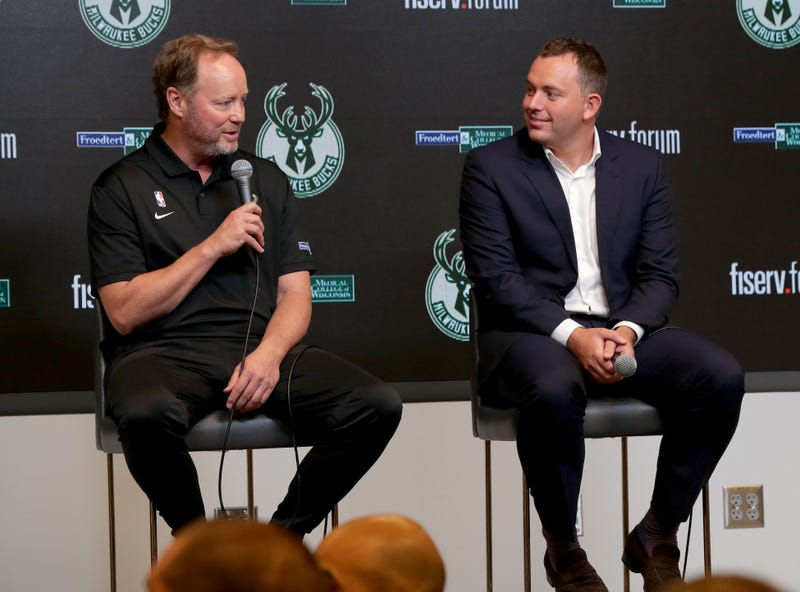 The Bucks had possibly their busiest, but definitely their most important offseason in franchise history after the 2020 NBA bubble, that culminated in a new star in Milwaukee, and the franchise's best player since Kareem locked up for another five years.

The Bucks and Giannis Antetokounmpo agreed to a five year supermax extension worth $200+ million about a week before the deadline, keeping the Greek Freak in Milwaukee through at least the 2025 season.

The Bucks, once the forgotten child of the NBA, usually finishing around .500, and usually just sneaking into the playoffs, have now established themselves as an actual destination in the NBA, thanks to the two time MVP Giannis.

How much will having Giannis Antetokounmpo locked up long term help the Bucks recruit players?

The man who orchestraded the deal, Bucks GM Jon Horst, joined Radio Joe on Wednesday to talk about the extension, the new look Bucks and more:
- What does he make of the Bucks setting a couple NBA records last night in Miami?
- What has he seen from Jrue Holiday through four games?

- Was he ever worried that Giannis may not sign the supermax extension?
- What’s the next step for the Bucks?
- How much does he pay attention to social media or what others are saying about the team?
- Is it possible for there to be fans in the stands by the end of the season?
Listen to the full interview below!