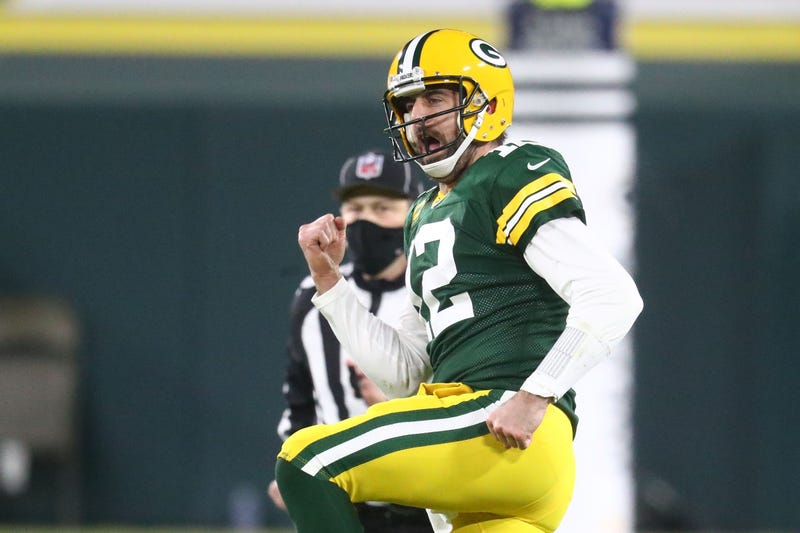 The Packers’ offense was in control for most of the game.
The offense finished with 188 yards on the ground and 296 yards through the air for a total of 484 yards. They had possession of the ball for over 36 minutes of game time compared to just under 24 minutes for the Rams.

Aaron Rodgers finished with 296 passing yards on 23 completions.
He threw for two touchdowns and also ran for a touchdown in the game.

All three running backs for the Packers were involved in the game plan today as Aaron Jones finished with 99 yards and a touchdown on 14 carries, Jamal Williams had 65 yards on 12 carries and AJ Dillon had 27 yards on 6 carries.

The Packers’ defense also played well today, holding the Rams to 96 yards on the ground and 148 yards through the air. The defense was able to get pressure on Jared Goff resulting in four sacks in the game. Rashan Gary and Kenny Clark both had 1.5 sacks and Za’Darius Smith chipped in with a sack of his own.

The Packers will now wait to see the outcome of the Saints/Buccaneers game Sunday afternoon to see who their opponent will be in the NFC Championship game.

Check out the Green & Gold Postgame Show with Steve “Sparky” Fifer and former Packers’ running back Gary Ellerson, below!